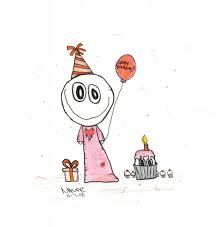 The Plugholes Are Now Sparkling….

….I have also done three loads of laundry, washed all the cushion covers, baked a banana and walnut loaf, cleaned the fridge, shredded a huge pile of paperwork and sorted out my kitchen cupboards.

Domestic diva? I wish. It appears I would rather pluck a bunch of yucky hairs from the plugholes with a wooden barbecue skewer than sit down and study.

I have one year left of a six-year part time degree course. I could have graduated last year, without honours, but I’m awkward like that. Or a masochist. University officially started on Saturday, but I didn’t. I tried. I laid out all the books, printed off loads of information, stocked up on post-it notes, new pens, a brand new folder.

I sit at my desk, scrolling through the online learning guides, thinking, ‘oh, how interesting’ for about 15 seconds, then click on to my Twitter feed instead. Yesterday I sat down to read the newspaper for five minutes and an hour later I had read it from cover to cover. Who knew the letters page and obituaries could be so fascinating?

I can blame MS for this, but only partly. At the end of the last academic year I was in the middle of a pretty major relapse, the steroids were keeping me up all night and my brain was in meltdown. It refused to remember one single fact, one theory. I struggled through and gleefully chucked the notes in the bin after the exam. Last July. Now, 7 months later, it’s hard to pick up the thread again.

The thought of planning and writing an essay fills me with dread. Researching, indexing, referencing all seem like scientific impossibilities. I have printed off our official Harvard reference guide (all 35 pages of it) and have only read up to page 8.

To prove I could do it, I pulled out all my essays from last year. Bad move. Who wrote these? They were pretty good and I was impressed until I realised I had written them. My standards were obviously a lot higher back then.

I will muddle through. I will play with the post-it notes and highlight noteworthy points in my books. I am hoping that if I read the same pages over and over again I will absorb the facts by osmosis. Until then, I have the vacuum cleaner filter to wash and lightbulbs to polish….

Quite soon after my MS diagnosis, a few people asked me when I would be giving up work. I was stunned.

Surely now, more than ever, I would need the security of a routine, wages and the confidence boost a rewarding job can give? It seemed to me that to stop work was an old-fashioned view and had no place in the 21st century, when there was so much understanding and support in place.

The report states that with the right support, people with MS could continue to live full and productive lives for much longer, yet during periods of economic downturn and job losses, people with long term health problems feel especially vulnerable.

Research shows that many employers lack knowledge about the condition and may not always understand that the needs of employees with MS can and should be accommodated in the workplace. MS is a ‘hidden disease’ and the extent of its impact is not visible to others and over 80% of us are affected by fatigue.

In my case, my chosen career path has veered off in a completely different direction than pre-MS. I was steadily building towards a new career once The Teenager was old enough for me to work full-time. I am a matter of months away from completing my second degree.  It’s ironic. Just when my whole life was opening up, when I could put the years of child-care behind me and finally take on a much fuller role in my career, along comes MS and puts paid to my plans.

Life has a funny way of turning round and smacking us in the face when we least expect it. I could either crumple or make the best of a whole new situation and right now, I’m planning to work for as long as I possibly can.