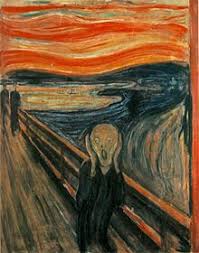 I took part in filming for BBC Wales last week.

I’d responded to their question, ‘What Would You Do If You Were Prime Minister?’, as part of their #MyManifesto2017 campaign. How could I resist?

They contacted me, we set up a date and they popped into the office for a chat, cameras in tow.

We discussed a whole range of issues, including disability rights, discrimination, PIP and benefit cuts.

One issue that came up again and again was describing MS at its worst. Having come out of an epic relapse, my longest ever (February to May), it was surprisingly hard to convey just why I looked so weirdly happy and brimming with optimism.

Between takes, I thought about this. Leaving a relapse is like being let out of jail. You’re handed back everything you signed over when you entered this awful state; perhaps not a watch and wallet in a plastic bag, but your innate energy, curiosity, vibrancy.

I found myself constantly saying, ‘no one sees me at my worst’. And you know, they don’t. As the only adult in my household, I shield The Teenager from the majority of a relapse’s effects. I can also work from home, alone. Or in the office, alone. During my endless days off work, I kept myself to myself. Most people were surprised to hear I’d even been through a relapse. It’s because they don’t see me. And I don’t tell them.

Pride? Obstinacy? Or am I just becoming a brilliant MS actress? I’ve had a few emails from you guys saying you know I’m not doing great as I haven’t blogged so much. Absolutely spot on.

I really don’t know why I lock myself away. I do know that one of a relapse’s effects is survival – you just have to get through it, so you put your head down, grit your teeth and keep on keeping on, as much as possible. This doesn’t leave much room for societal niceties – I don’t tend to have friends over, I don’t meet up with friends (my Excuse Bank is extensive) and I don’t do anything except putting what’s left of my diminished energy into getting through a horrendous time, with no idea how long it will last.

Relapses are reflective – you only know how bad they are when you start coming out of one. Part of me wishes the BBC could film me during a relapse but I also know that I wouldn’t have picked up my phone and sent that initial tweet if I was still in Deepest Darkest Relapse Dungeon.

So hopefully I can harness my rising energy levels for something positive. My short film will go live next week, on the telly, radio and internet (I know! Me – in all my glory), and they said they will Photoshop me down to a size 8 and make my chubby cheeks a bit more pointy. (I fear they are joking … )