26 Comments
By stumbling in flats Work and Studying

Distinctly Over The Moon … 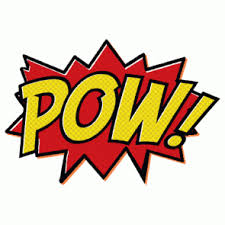 The final Exam Board marks for my Master’s were released by the University last week.

I’d already found out that my dissertation had gained a distinction (worth a third of the course marks) which for me was more than enough.

The other two-thirds was made up of six modules, most of which I sweated buckets over. I was going to be completely content with a Pass.

Reader, I got a Distinction. I know, crazy, huh?

Looking back over the last two years, each essay, each critical piece is interwoven with angst, MS symptoms, treatment and relapses. And that’s without guiding The Teenager through A levels and growing up. Plus dealing with a fussy cat.

Near the beginning of the course, I almost chucked the towel in, such was the extent to which it pushed my battered brain to almost impossible limits. This was totally out my remit but I figured I had given it a go, it didn’t work out. C’est la vie and all that.

After I had spoken to a tutor about how to withdraw from the course, I sat in my car and cried. Then I got angry. I should have been happy, now that the pressure was off. Maybe I could take up gardening or embroidery; something relaxing. But I felt a twist in my gut that hurt more than the brain-ache.

So I persevered. I’m not going to lie, I hated a lot of it, but this was offset with falling in love with literature all over again. During one of my relapses, I had found it impossible to read anything, so the joy of flicking through books, highlighting important points and soaking up the words was incredible.

Most of the essays were a nightmare and the critical elements drove me to distraction. As the course progressed, it felt like I had a fight on my hands against that most frustrating of MS symptoms, dodgy memory. Swiftly followed by fatigue, relapses, blah, blah. MS seemed determined to thwart me at every juncture.

It’s odd. I don’t fight back against MS – the whole ‘fighting back’ thing gets my hackles up; I’ve learned to live with it, adapt to it and get on with it. But the Master’s felt like a fight. Perhaps it’s pride, I’m not sure.

Anyway, my final essay had been handed in, many with time-extensions. People asked me what I would do when I graduated, which made me chortle. Probably nothing, apart from appreciate that I had done it, despite everything. I doubt I can fashion a career out of a Masters in Creative Writing. I’m quite happy in my job, bossing labourers around on building sites and working out how much a Porta-Loo will cost.

But, you know what? I have a germ of an idea for a novel.

26 thoughts on “Distinctly Over The Moon …”