6 Comments
By stumbling in flats My Ramblings 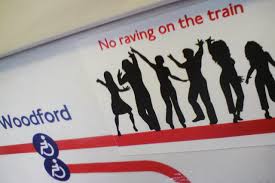 Who would have thought one little line in a blog post would lead to so much?

That’s what happened when I mentioned in passing that I had been refused a taxi at Carmarthen train station, on my way to a meeting (it was a short fare, I offered a decent trip but he didn’t want to lose his place in the queue – of three taxis …)

My post was actually about The Teenager and whether he (and the cat) would survive me being away for one night.

The media picked up on it and long story short, I won the case against the taxi driver, after enduring a gruelling grilling from the Licensing Committee (the driver denied the altercation ever took place – CCTV proved otherwise). It was uncomfortable to say the least and I asked for him not to be punished unduly (this was Christmas, a prime season for taxis). All I wanted was a little more awareness.

I spoke on the radio, appeared in news articles and was filmed at home during a relapse – hence my stunned, pale face. Not helped by the fact that I was wearing a white blouse.

Anyway, I am now a finalist for the MS Awards, in the Campaigner category, and a big thank you to whoever nominated me. I’m due to go to London on Thursday evening, ready for the ceremony on Friday. However, I’m a little wary as, well, um, I’m big. Huge.

I ordered a bunch of clothes off various outfits and split seams, cried and stamped my foot.

I sent them all back.

I ordered more, and miracle of miracles, one of them actually fits me. The size will remain a closely-guarded secret. And so it is, I will be all in black – slimming, lol – mysterious, and, well, slimming, hopefully.

I met a friend for coffee this morning as I’m working from home, so can spread out the paperwork over the whole day. She bigged me up and told me to sail forth and go for it.

I will try my hardest. In the grand scheme of things (a phrase we say a lot in work), does it really matter? The best part of being there will be meeting everyone else – I’ve been to two other ceremonies (yup, I lost out twice before) and really, the people make it. There are so many inspiring, incredible and utterly gobsmackingly amazing people, it’s just a joy to be in their company.

So with that in mind, I will big myself up (lol), push my shoulders back and, um, sail? Does one sail after reaching a certain size?