24 Comments
By stumbling in flats Work and Studying 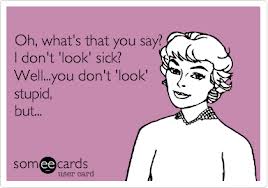 Let’s get one thing straight. DLA is not an out-of-work benefit. In fact, it helps many people with MS stay in work.

The Government and media’s growing focus on ‘fairness for taxpayers’ leads many to believe that disabled people are a separate group who contribute nothing to society.

Working with a variable and unpredictable illness is difficult enough in a recession-hit economy and with hardening, right-wing attitudes towards anyone disabled, it’s no wonder the figures for those with MS in employment are so shocking:

As DLA is phased out and replaced with PIP, people with MS will be forced to submit to humiliating re-assessments to check that we are indeed still living with a degenerative, incurable illness. Note the word ‘incurable’. Perhaps the Department of Work and Pensions should be renamed the Department of Miracles?

Working with MS means coping with reduced dexterity, cognitive impairment, limitations in mobility and overwhelming fatigue, among many other symptoms. Coupled with some employers lack of knowledge and understanding of MS and it’s easy to see how staying in the workplace can seem like an uphill struggle.

I’m fortunate. After a hideous year of relentless bullying by my previous employer and colleagues which ultimately led to me being sacked for having MS, I now work for someone who has taken time to learn about the condition yet is also aware of the strengths I can bring to my job.

DLA can make a real difference to people – just ask David Cameron, our venerable Prime Minister. The multi-millionaire (and son of millionaires and son-in-law of millionaires) once claimed it too…