My MS Story: Finding a Way Back to Me 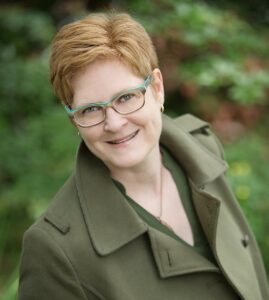 This is guest blog post by Jen DeTracey. She runs the wonderful blog, Women Thriving with MS  – well worth checking out!

It’s been over 10 years since I was diagnosed with MS.

Ironically, on the anniversary, I didn’t think about it. I realized a few days later it had passed unnoticed. This was a huge celebration for me.

I realized MS is just a part of me, not who I am. I learned this many years ago while in therapy to deal head-on with my anger and grief. What showed up most for me was FEAR.

At age 44, I was at the peak of my career as a business consultant when MS showed up for a curtain call. After four days in the hospital, three days of steroid drip, I was sent home. Left hand, leg, and mouth were now in working order but I was slammed with fatigue.

I started asking myself painful questions. Who am I now? What is important to me now? Will I ever be able to work again? Truthfully, I felt like I was dying. Logically, I knew I wasn’t but the grief was all-consuming. Part of me wanted to die.

I knew I needed to shift my focus to something I’d always wanted to do but hadn’t. My heart-centered goal was to self-publish a book for small business owners.

This goal became my anchor. It took twice as long as I had projected due to a massive vertigo relapse, but I did it. It was a very special day when I hosted my book opening at a local café. Friends and colleagues joined me to celebrate. Doing this project saved me.

So many people with MS have to give up their careers. I thought that would be me, too. I decided to continue working just part-time. I also did a lot of soul-searching and attended silent retreats. This gave me clarity on how I could serve others.

Two years ago, I started a private Facebook group, Twitter account, and YouTube Channel — Women Thriving with MS. I had a vision at one of my silent retreats to create an online community for women with MS who no longer work. Since then, I’ve hosted virtual gatherings and met so many amazing women.

Figuring out what is most important, then making it happen while living with MS and fatigue has been healing.

2 thoughts on “My MS Story: Finding a Way Back to Me”