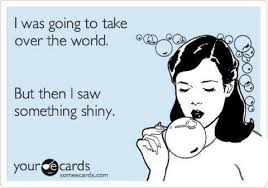 When I was first diagnosed with MS, a trusted health professional asked me, ‘so when will you be giving up work then?’

An outdated concept perhaps, but it got worse.

By the end of the fateful day I disclosed my MS at work, plans were underway to get rid of me as quickly as possible.

Just over a year later, and after not taking the very obvious hints, I was unceremoniously sacked on a dreary Monday morning.

Work and MS. It hasn’t really been a great story for me so far. On the bright side though, my friend has been employing me for over a year now while I look for a new job. The downside is he doesn’t run a cool cafe or bijoux boutique, but a construction company.

I normally work from home doing thrilling admin (pyjamas, toast and cat – hope the boss isn’t reading), but sometimes, if I promise to behave, he allows me on site. This week, I was let out to drive a mini dumper truck. Basically sitting down all day, tootling up a lane and back. Not that different from sitting down all day tootling to the kitchen and back, except I had an emergency stop button and the coffee was lousy.

I was given a quick lesson first, ‘this is stop, this is go and this is a steering wheel.’ Yup, got it. Woolly hat on and I was ready to go. To cut a long story short, it’s not that exciting after the first couple of goes. The highlight of my day was waving to a toddler who was peering through the window shouting ‘Bob! It’s Bob the Builder! But mummy, it’s a girl!’

Anyway, as I was tootling along, I realised I really should get a proper job. I’ve tried, I really have. I’m signed up to all the job sites, I scroll through pages and pages of thrilling career opportunities but still there is nothing out there. I’ve moved seamlessly from being restricted by childcare commitments to being restricted by MS.

I know I’m lucky. I couldn’t ask for a better boss, I’ve learned a huge amount and can now read architectural plans like a pro. I even have my own pink drill (honestly). But plans are afoot. I can’t go far in the construction world when I can’t even go up a ladder.

But you know what? I’ll miss the bacon sarnies, the camaraderie and the filthy jokes. What other job can offer all that? Answers on a postcard….

12 thoughts on “Plots And Plans”