Never Rains But It Pours 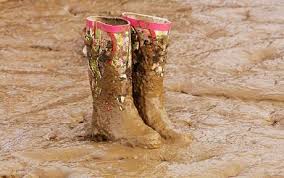 It started innocently enough – my bargain Gumtree washing machine juddered and jumped around the kitchen floor with a full load and then died.

With one last gasp, it dropped its drum, then coughed some water out on to the floor.

My PhD student loan faced obstacle after obstacle and I was in danger of having my email access revoked for non-payment of fees.

The Cat decided she no longer liked Whiskas and a bumper pack of tender chunks lay dormant in the cupboard.

So far, so annoying.

Then that awful phone-call from The Teenager. I should have known; it was around 8.30 am, when few Uni students are awake.

He had been assaulted by a group of men after a night out.

What can you say?

I was numb. He had been to hospital, where they put his dislocated shoulder back into place. Two female students helped him and a homeless man bought him a bottle of water. He was bruised, upset and angry. The police interviewed him.

So far, so soul-destroying.

I went to see him last night. My overriding feeling is one of thankfulness that I am not in that group of parents who, instead of hearing from their child, have an anonymous police officer or surgeon on the phone.

He’s shaken up, bruised and shocked, as am I.

Driving back home in the vicious rain, my anger shook me to the core. It’s taken me 19 years to raise a fabulous child, through all the trials and tribulations, and yet a random group of people can flip that on its head, in an instant.

I collapsed into bed and got up for work four hours later.

As a random aside, foot-drop has been haunting me for a while and I thought I had the better of it, concentrating so hard on placing my feet where they should be. I had a narrow escape last week, tripping over a bit of dust and twisting my usually-weak right ankle.

This afternoon, at the end of a very long day in work, when I was at the back of the van, I saw it happen in slow motion. My left foot dropped, I regained my balance  (congratulated myself) and then foot-dropped a second time in a pile of mud.

I thudded to the ground, smashing my ankle and hands. Embarrassed, furious and scared.

I think/hope we have now had our run of bad luck. The Teenager will recover, older and wiser, sadly. We have new washing machine, ready for his Christmas break washing. My ankle will heal.

4 thoughts on “Never Rains But It Pours”