The One Where MS Becomes Normal 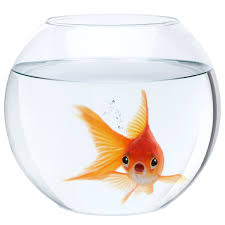 I was feeling very smug the other day in work.

We’re currently on an outside project and the sun was blazing.

I could feel myself getting hotter and hotter as the day went on, so I disappeared at carefully-staggered intervals into the shade and called my mum for a random chat or scrolled through Twitter or simply watched the sheep stroll past (It’s Wales, we were up a mountain).

He glanced my way, burst out laughing and told me to look in a mirror. I did. Oh. Bright red, round face. But! I wasn’t lying stunned on the grass, flapping my arms like a hot-weather snow angel, felled by Herr Uhthoff, Master of Heat Intolerance. I was being proactive and mature (for once), taking time out to cool down before I collapsed in a soggy heap.

This made me think. Have a I finally grown up with regards to MS? Or am I just fed up shaking my fist at it, daring it to strike me down? Perhaps I am, and MS has fully integrated itself into my life, like some kind of tapeworm, but without the added advantage of rapid weight loss.

I decided to clock just how much I now regard as normal:

I’m also applying my new-found maturity to my studies. Before, I could sit for hours thinking about different ways to say the same thing in essays. Well. I now have a handy list. For example, if I want to give an example, I could say:

Anyway, it may have taken almost four years, but I think I’m now at the stage, largely through repetition, where what was once odd and disconcerting is now, well, normal life for me. I struggle to forget what life was like B4MS, not helped by my goldfish memory.

Did I tell you what happened in work the other day?

4 thoughts on “The One Where MS Becomes Normal”