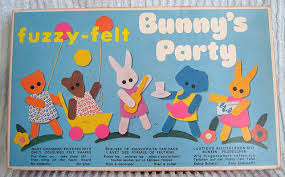 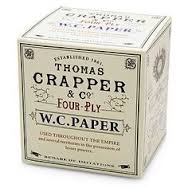 I’ve spoken with a few people recently who have asked, ‘are you really so chilled about MS now?’

‘What’s happened to all the dark posts you used to write? And if you’re on something, can I have a bit?’

Hmm. Tricky. I sometimes feel that if I let the dark stuff back in, I will never leave the house. In a lot of ways my life is more fulfilling now than before. I’m far stronger (in mind, not body), I’m doing something I love with my Masters course and I am probably a kinder, more tolerant person.

However, there is definitely something in what they say. I admit, I still wake up in the wee small hours, gripped by a terrifying fear of the future. Every time I trip or stumble over my words, I am reminded that my life now will always be defined by these details. Heck, I even have plastic wineglasses.

I’ve had an angsty time at Uni, punctuated with inelegant falls and a very real dread at failing. My brain just doesn’t work the way it used to. Searching for the right word is charming in a French-language film, where the beautiful young woman pauses between cigarette puffs, but utterly soul-destroying when I struggle to find the word ‘paragraph’ at a tutorial at the age of 41 with wrinkles and an undying love of bacon butties.

So, yes, MS is still crap, in all it’s devious glory. It invades every area of my life. Currently, it’s shoving me around. Next week, perhaps the nerve pain will crank up, who knows? This afternoon I was supposed to finish my essay (deadline 5pm Wednesday). Instead, I fell asleep, in the middle of watching a very interesting discussion about which colours to wear this Winter.

My newest medical annoyance is trigger finger. Funnily enough, I noticed it in the wee small hours as I was lying in my bed pretending to be asleep in case the cat bounced on my face, yelling for an early breakfast. I flexed my hands and two fingers stayed the same, crooked and weird. I did the same thing and they stayed the same. Strange, and a little bit worrying.

So of course, I got up and googled MS and trigger finger after feeding the cat. There may be a link between the two. Or there may not be.

MS is crap and it always will be. The only thing that will change is my attitude towards it. And, the upside is, when I woke The Teenager and showed him my dodgy trigger fingers, he was actually rather impressed in a ‘ewwwwww’ kind of way. It doesn’t take much. 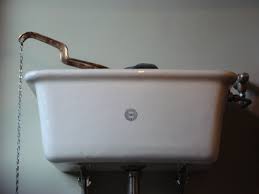 I’ve had a lot of good and a little bit of not-so-good feedback about my recent blog posts.

Some people told me in no uncertain terms, ‘Oi, you, stop joking about MS, how dare you? And are you not grateful/bowing down/prostrating yourself for all those who are fighting on your behalf, and if you aren’t, why the hell not?

Sadly, most of these comments were sent to me privately so I’m unable to share them with you.

I have never, ever joked about anybody fighting to find a cure for MS. They are all amazing people doing an incredible job. The only exception is fundraising by fire-walking. Personally, I still find it awfully strange when one of the most common symptoms of MS is heat intolerance. It just seems kind of…..bizarre?

When MS decided to strike for a second time in our family, I cried, ranted and raved and eventually picked myself back up again. I will be forever grateful for advances in medicine which allowed me to choose Campath, a choice my dad never had back in the 1970s. He was simply sent home with a walking stick and told to get on with it. He died when I was four, and the precious few memories I have of him are fragmented.

Why do I joke about MS? I think we all know MS is serious. We live with it day in, day out. So what’s wrong with a little light relief? Also, I joke about myself and my symptoms, no one else’s. That just wouldn’t be funny. Frankie Boyle, please take note. I just don’t understand people who think I should live a serious life just because I have a serious illness. Or is this yet another example of ‘disabled’ people having to conform to a rigid set of societal expectations?

I’ve cried enough over MS for now. It’s here, life has changed and I’ve changed with it. Like a lot of you, I no longer take things for granted and my life is in much sharper perspective than before. MS is a daily reminder of the fragility of life.

So, yes, MS is crap. It’s awful. Regular readers of my blog will know I address this in serious and more lighthearted posts. And I hope my little blog can bring a smile or make someone think, ‘yup, me too.’