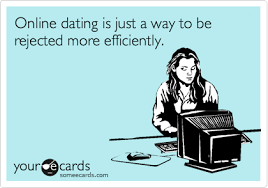 I’ll be candid – I was dumped immediately after my MS diagnosis.

Yep, and then some. Mind you, it made life somewhat easier;

I didn’t have to give two hoots about what a partner thought. What partner? It gave me the space to concentrate on The Teenager and Me.

And for the last five years, it’s worked out superbly. I don’t have to worry about , ‘I’ll do what you want this weekend, dearest!’ (if The Teenager is out, I’m having an epic nap), or ‘what d’you fancy for dinner tonight, my sweets?’ (when your eyeballs are closer to the kitchen worktop than your face).

So, I chunter along, pootling around my plants and talking to The Cat, which, according to The Teenager, is precisely my problem. I’m too used to being on my own.

Perhaps. Or perhaps I’m scared of letting someone in to my space?

Perhaps I’m scared of being rejected?

I’ve mentioned before, but my dating profile is hardly enticing:

’43 year young, multi-lingual, well-travelled, peep. Divorced, single parent (other parent is very absent, like 3,000 miles away), oh, and I have an incurable neurological illness. But I look well!’

Therein lies the nub – I’m suspended between having an illness without looking like I have an illness. It’s mostly invisible, therefore, it’s what I tell you it is. And, like I said before, you only see me when I’m well. When I’m ill, I stay at home, with only Netflix and The Cat for company.

I miss being close to someone. I miss having someone who cares about me on a day-to-day basis, not merely during six month MS check-ups. I care about others, but there is that missing layer, when others will care about me; how I’m feeling, how that old fatigue is going, how my balance is doing.

In the back of my mind, I fear that this is it. Forever. According to some websites, I have more chance of finding love after 40 than I have of being in a plane crash. 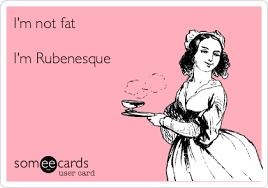 I’m more likely to define myself as ‘fat’ than as ‘living with MS’.

I’ve struggled with weight gain since I was diagnosed back in 2012 – through a combination of medication, thyroid, stress and comfort eating.

I’m not going to lie, I put my chubby hands up to the last one.

I had a wonderful conversation with a friend on Monday and mentioned that I tell everyone I’m fat, almost as a matter of course. Why do I do this? I mean, they can see it; I probably fill their entire periphery vision in one fell swoop. I’m kinda hard to miss.

She asked me why I did this and I really had no explanation other than I’m so unused to being this size – I’m the biggest I’ve ever been – it’s almost a novelty. A curiosity. To use an unfortunate phrase, is it about getting the elephant in the room out the way?

MS is such a ‘normal’ part of my life now, but being this size isn’t.

I’ve tried to embrace this new body, but found out I really didn’t want to. And I don’t understand this. I’ve met incredible women over the years, through my travels and in the UK, who were far larger than me but happier. Celebrating and indulging wholeheartedly in life in a way I can’t imagine.

Don’t get me wrong, I’m not unhappy, just miffed. More so as I have beautiful clothes hanging in my wardrobe that look a bit silly on me. But do they? Maybe I should stand a bit taller in the mirror and not give a damn about the spare tyre(s) and let my character, my inner essence, do the talking? Isn’t that what life is all about?

I watched an eye-opening episode of ‘First Dates’ this morning (I’m always up early and have ages to fill before work). There was a lovely guy, a tailor on Savile Row. He’d lost a lot of weight a couple of years before but was still conscious and a little overweight. The date went well although he mentioned his weight at every opportunity and you could see his lack of self esteem.

The result? His date thought he was wonderful, but his confidence issues were a turn off.

A great insight. But it got me worried about my potential dating advert, which was already dire:

40-something, divorced, one Teenager, one cat, have an incurable progressive illness – WLTM similar 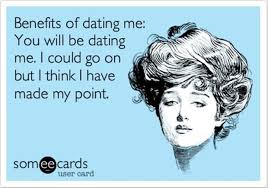 … I also enjoy cosy nights in front of a log fire, watching a romantic dvd and snuggling up with the one I love, the snoogly-woogly peep.

Especially when we’re writing dating profiles. Is there anything worse?

My first attempt was at least honest:

Now I am of a certain age, and have been single since being brutally dumped when I was first diagnosed with MS, I think it would be kind of nice to have a Significant Other.

Someone to share a croissant and hot chocolate with? Maybe we could browse around a second-hand book store before linking hands and wandering to the nearest cafe. We would navigate the cobble-stones and laugh when I tripped. Again. We would exchange smug, knowing looks.

He would Understand. He would smile at my speech hiccups, when I swap consonants and slur (just a little). My Scottish accent would of course win him over. He would take my arm and guide me when he saw that I was weaving around like crazy.

I can picture him, rugged face, scarf (I know, weird, huh?), piercing eyes. If you find him, please let me know.

Back in the real world, I have read all the advice. First and most importantly, the majority of people meet the love of their lives in work. Last Thursday I was surrounded by nine men. I was quite overwhelmed at one point and had to take a Diet Coke break.

However. Four were scaffolders (all married), three were solar panel electricians (all married, one unhappily), two were plumbers (both married).

Next piece of advice is, ‘talk and interact with everyone you meet, they may just surprise you!’

I went to the Co-Op and lurked around the steaks. Aha. A man. ‘Um, garlic butter or just, you know, butter?’ I asked, with an artfully-raised eyebrow. He scarpered. I was the strange person in the steak place. It’s come to this.

I re-wrote my profile: ’42 (but don’t look it), divorced (happily), one Teenager and no cats. MS. Apply within.

So far, zero replies. But you never know?

When MS Is Your ‘Significant Other’ 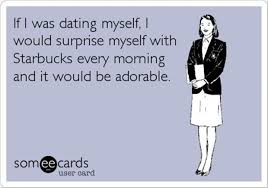 Before work one day this week, me and The Builder were busy slurping our McDonald’s coffees, nattering away.

We usually talk about screws, fixings, grout and such like. As you do.

But today, he was telling me all about his neighbour and his have-to-be-seen-to-be-believed dating adventures.

Apparently this neighbour has six women chasing him and has recently been proposed to. Gah.

I have no men chasing me and am sadly lacking in the Sorrento Engagement Experience.

This got me thinking.

Quite soon after MS popped up, my partner scarpered. And I’m quite glad, in hindsight.

But now, three years down the line, where does that leave me?

I was recently contacted by a TV  company. They were lovely; they enjoyed my book, liked what I was doing to raise awareness about MS and asked if I would like to take part in a dating show.

Well, my heart leapt. At last! I could find a croissant-eating academic with an interest in knitting. I was sold.

Thank you for expressing an interest in ‘Too Ugly For Love’. 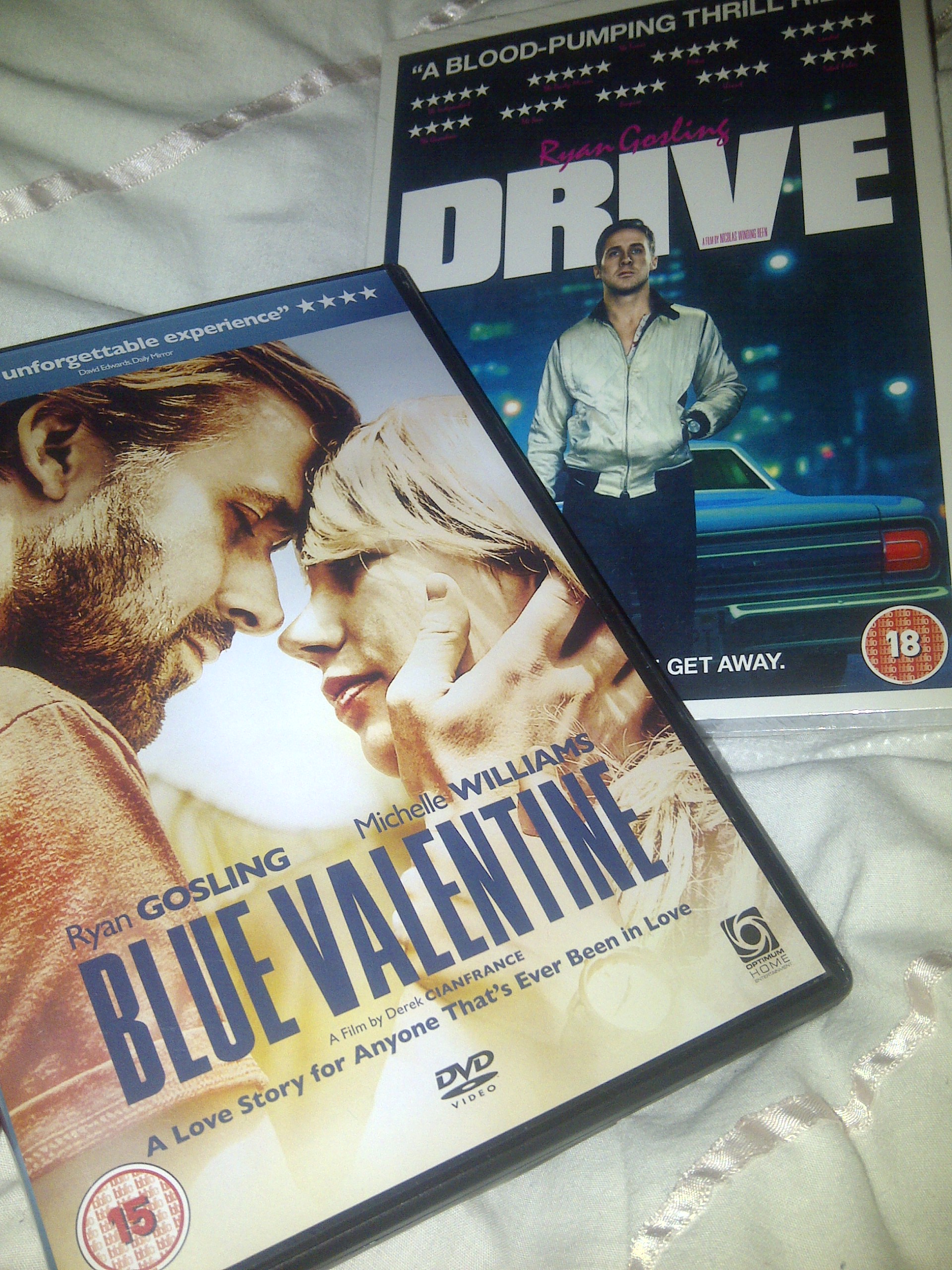