The One Where I (Might) Dress Up As A Christmas Tree … 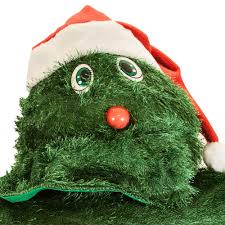 I really, really want to fund-raise for MS.

But I don’t want to skydive, fire-walk, be silent for a day, climb a mountain or zip-wire. I’m not brave enough (or quiet enough).

So instead, I’ve decided to dress up as a wobbly Christmas tree and record a song.

My partner-in-crime is Dan, a fellow MS Society Council member. Every time we get together, we rework Christmas lyrics into songs about MS as, handily, the letters M and S both appear in ‘Christmas’. Bear with.

All we have to work out is where to record the song, who can record us for a short accompanying video and how we can unleash this on the public.

The filming part should be easy – I’ll be a Christmas tree and Dan can be a reindeer and we can lob snowballs and tinsel at each other (from the comfort of chairs, natch). Or we can be really cheesy and wear matching knitted Christmas sweaters and sit by a roaring log fire, toasting marshmallows and drinking eggnog. Sort of Val Doonican-esque.

And now it’s over to you guys. What do you think? Should I embarrass myself (and The Teenager) for life?

Can we raise vital funds and still keep our dignity intact? 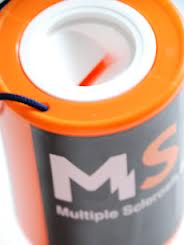 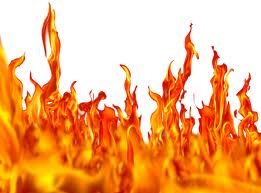 I had an email yesterday, an update about ways to get involved in raising money for charity. Fundraising is admirable, worthy, makes you feel good inside and funding multiple sclerosis societies and their research is vital.

So when they knocked around a few ideas of how to raise this money, WHO came up with the idea of firewalking?

If one of the most common and distressing symptoms of MS is heat intolerance, it seems a bit of a strange and slightly cruel choice. How about upping the ante and have people fire-eating and firewalking simultaneously?

A lot of regional societies organise these events and apparently you walk 20 feet across burning embers, with the coals reaching 1200 degrees fahrenheit ( a crematorium burns at around 1400 degrees). In the information section, the guidelines state you must be able to lift your feet and take a minimum of 8 steps at fast pace. Hmm. Beginning to sound like a Disability Living Allowance assessment – at least we’re on familiar territory. In addition, ‘you may use walking sticks or mobility aids but please be aware that these may suffer fire damage’. Hey, that sounds great fun, where do I sign up?

Instead, how about choosing something us MS’ers are good at? A sofa-thon? Who can stay on their sofa the longest (me, me!). Or MS Snap? Give people some cards, get them to write down all their symptoms, shuffle them around and play a couple of games. For the uninitiated, MS has a vast amount of symptoms, so these games could run and run. Sometimes the old ways are the best though, so if you see a sad figure forlornly rattling a collection tin, pop some money in. It could be me,..