As a three-time recipient of the MS drug Lemtrada, I was concerned back in April this year when a report came out about it being restricted.

I read into it further and realised my own (possible) courses of this treatment would be secure and I wrote an earlier blog post about this issue.

However, I’m still being contacted by several concerned friends(some of whom have also had Lemtrada) and organisations who referred to the temporary restriction as a ‘ban’. Again, I looked in to this further as the word ‘ban’ was pretty emotive for me, and somewhat frightening.

In short, Lemtrada (also referred to as Alemtuzumab or Campath)  is a mono-clonal antibody which can give remission from MS for years. It’s what my neurologist told me back in 2012, when I was first prescribed it off-license, as my  MS was rapidly-evolving and highly-active.

I jumped (badly, and with a stumble) at the chance as I could see my future health deteriorating with alarming speed. Having a child starting High School when I was diagnosed, it was imperative that I had a swift, sharp shock when it came to MS.

To date, more than 22,000 patients worldwide have had this treatment for MS. Alasdair Coles, who was closely involved with Lemtrada development said, ‘In treating (MS) I use the strongest drug I can, as early as possible, and I like to use (Lemtrada) … first-line, unless the patient doesn’t want to take the risk.’

Well, that’s me. I took the risk and developed Grave’s Disease as a result. I knew I had a one in three chance, but the alternative was far worse. I would rather be fat and MS-happy than thin and on the floor, the way I was heading. Don’t get me wrong, my weight gets me down (lol) but I can cope with it; MS nearly destroyed me back then.

Lemtrada has been temporarily restricted – it’s not a ‘ban’, it’s a ‘label change’. It is still prescribed, even for new patients, and this is in line with the American prescribing guidelines. The review of Lemtrada will be carried out by the Pharmacovigilance Risk Assessment Committee (PRAC) and will deliver recommendations.

I can only relate my story – I was told Lemtrada could hold back MS and for that reason, I took it. I’m lucky I have access to a fantastic neurologist and am aware that not everyone has this option.

I’m only one of the many human faces of Lemtrada and I dearly wish the medical authorities will listen to us when they decide our fate and those of all the people who are being newly-diagnosed every single day. 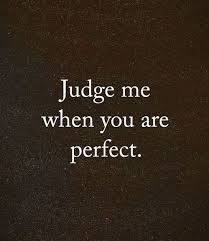 I do that myself, quite easily, every single day.

No-one was more shocked than me, with how much weight I packed on after starting medication for neuropathic pain, back in 2011.

Then the Grave’s Disease, oscillating between hyper and hypo with a string of meds to match.

Then the carb-fest I indulged in during family dramas.

I agree it’s not a disability as such, but it’s certainly a side-effect of a disability, in my case, MS.

On top of everything I’m coping with, I’m astounded that some people have a problem with my weight. I’m mobile, I work, I go to University to study, I look after myself and need no external help.

It’s not easy finding nothing to wear in shops apart from lurid tops in garish colours. Or catching a glimpse of yourself in one of those long mirrors – the chubby face, the still-healing hernia, the ‘bigness’ of me, when inside I feel pretty small.

It’s weird – my MS is mostly invisible and I have to prove over and over again that I am in pain, that I could do with some kind words and help. Yet my weight, outwardly visible, is what people remark upon and feel free to make hurtful comments about.

Believe me, I know. And I also know that fat-shaming does not work.

Fat-shaming keeps you at home, exactly the same as MS. It keeps you out of view as much as possible. And it hurts, deeply.

When I stand on stage and talk to a crowd of people, I’m acutely aware I’m fat. But, I put that to one side and give my best. The people are there to hear me talk, not judge me on my dress size. I would like to think that what I have to say about MS is far more important than my weight.

I am not impacting our NHS or our social services with my weight,

I carry it all by myself. 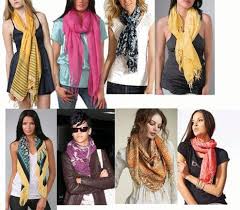 Despite the lack of thyroid meds, my gland still refuses to play ball and my weight stubbornly refuses to drop.

The remnants of a relapse haven’t helped, but, really?

So. I’m in the middle of a conundrum:

Where do I go from here? Well, I’ve counted my options; I could:

It doesn’t help that The Teenager has transformed his body over the last year and is now a strapping 6′ 4” muscly-peep and scrutinises everything he eats to the nth calorie. He’s offered to take me to to his gym – preferably late at night – just in case he bumps into his mates. He shows me simple exercise I can do with cans of beans and bottles of Evian.

No matter how many times I play I Am Woman, it doesn’t help.

I have a new plan – invest in those large pashmina/throws. M&S sell a nice range. Just wear all black underneath, chuck on a pashmina/throw and a bit of an attitude and I could be ready to go? Or are they picnic blankets in disguise? Was I in the wrong department?

It’s a learning phase. I must bring forth my inner loveliness, whatever that means. People may balk at my bulk, but I should always present a positive and shining aura. 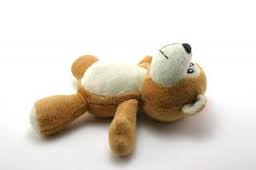 This relapse (spike in symptoms/exacerbation/whatevs) has drained me.

After falling face-first into some gravel, things have progressed steadily downhill.

Plates have been flying, I’ve become intimately acquainted with every wall in my house – and discovered every sneaky cobweb – and to top  it all, vertigo descended yesterday and has been plaguing me ever since.

These last two weeks have been an exercise in containment – getting away with as little as possible to keep up the facade that I’m ‘doing OK’.

I’ve cancelled meeting up with friends. I have a birthday present to deliver that’s now three weeks overdue. I won’t be taking guitar lessons for the foreseeable (long story). Life, for the moment, consists of a need-to-do basis.

I had an initial meeting with my dissertation tutor and I agreed to hand in 7,500 words of a novel by mid-September. Lol. I’ve written just over 100. To be fair, they are excellent words and it’s just a shame there’s not more of them.

I’m becoming a little fed up of lying on my sofa after work with a Dulux paint chart, eyeing up the walls, just to pass the time of day. I’ve bought a tonne of gossip magazines, caught up on my Sky Planner and watched a wide range of subtitled films. My head aches.

I hate being forced to do the minimum; I am a doer, not a wait-er. I would rather drag myself to work than lie in bed. However, I might just be made to do that very thing, and fairly soon. The endocrinologists agreed today that after two years of yo-yo medicines, I will have an operation to remove my thyroid, as I developed Grave’s disease, a 1-in-3 chance of having Alemtuzumab treatment.

It was a chance worth taking, but the logistics will take a little working-out. Two weeks off work, unable to move my head and the possibility of a husky voice; the last one seems a fairly benign symptom though. Mariella Frostrup?

Anyway, as always, life has to go on and I am co-ordinating from The Sofa HQ. I watch the hours passing on my clock. I go to work, get home, collapse, go to sleep, get up and do it all again. Why? I don’t have a choice.

Today, I met a new endocrinologist. He was reading through my file as he ushered me into the non-soundproof clinic room. 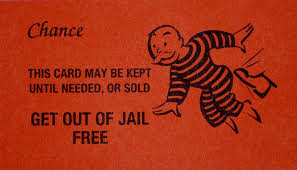