The Day Baked Beans Made Me Cry 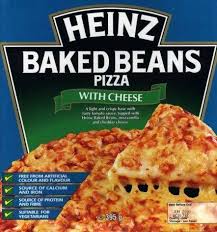 You know that whispered word, beginning with an ‘R’ and ending in ‘elapse’?

Well, I’m not sure if it’s a flare up or the dreaded ‘R’-word. Whatever it is, it’s awful.

It started over a week ago with the usual brutal, gatecrash-entry that MS specialises in.

A sudden, total collapse in energy, not seen since 2011. Garbled speech, crazy balance and a sense of being utterly spaced out; so much so that I have now nicknamed myself The Space Cadet.

Just to make things even more interesting, I’m having weird jolts of vertigo. Not continuous (I can just about cope with that), but sudden, horrible shifts in my vision, like a camera-shutter adjusting itself rapidly (younger readers, you may have to google this).

And if that wasn’t bad enough, I’m now feeling nauseous every evening.

Oh, and one more thing. The bizarre crying. I cry at everything. A piece of music, a random comment, the cat running up my curtains. And baked beans.

That was the final straw. Who on earth cries when they make baked beans on toast?

The Teenager had requested this particular meal choice when I was writing the shopping list for the week, a monumental task. So, great. Easy, fairly healthy, quick.

On the fateful evening, I assembled everything and served it up. I looked at the plate and burst into tears. The beans just looked so … sad. So vulnerable and innocent and somehow, a little bit lonely, even though they were surrounded by other beans. It was then that I realised I needed professional help.

So I called the MS team this morning and left a rambling message. I had a call back soon after and blurted out my tales of woe, capping it off at the end with, ‘and apart from that, I’m fine!’.

The Teenager is away in London this weekend, so maybe I will have some time to gather myself together before I go back to hospital with my Baked Bean Saga. How embarrassing. Kittens, babies, parcels tied up with string I can understand, but baked beans? I have a feeling I’ll never live this one down. 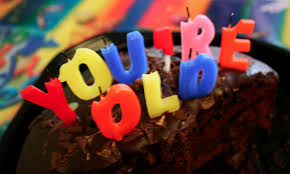 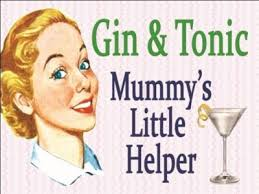 Another day on the MS rollercoaster. To add to the long list of weird and wonderful symptoms MS has given me, I have just experienced vertigo for the first time. It started two days ago and I still have it, but I had to go Christmas shopping with my mum yesterday.

I finally decided against wearing black to the Christmas Day lunch (see December 13th post!), so I thought a cheery, berry red sparkly top would be perfect and we went to town to find one. First mistake was getting a bus. When you can’t move your head without it spinning, it’s hard to sit still on a packed bus as it bounced over every pothole, swung sharply round corners and took a roundabout at top speed. Second mistake was assuming that as it was Christmas, the shops would be filled with cheery, berry red sparkly tops.

There were lots and lots of black tops, black sparkly tops and black lacy tops. Lots of hideous prints. No velvet tops, which was odd. The only red tops I could find were either prim, buttoned-up cardigans or sheer, floaty ones. Nothing cheery and sparkling. We went in and out most of the shops on the high street and eventually I found a cream sparkly top. Result! I also treated myself to a necklace with a single silver star on it. Now I’m all ready for the big day, but the jury’s still out on whether I should accessorise with reindeer antlers or flashing Christmas tree earrings.

My mum bought me a Sarah Lund-ish  jumper for Christmas (yay!) and I cheered myself up with some goodies from Waitrose, then a stroke of luck as we were headed back to the bus stop, laden down with bags. My builder friend was working nearby and offered us a lift home. We must have looked a right pair, cramming my mum’s shopping trolley and four large carrier bags into the back of his van but we managed it.

Anyway, the vertigo is still here and it’s the oddest thing. Everything spins and I feel constantly dizzy and ill. The only way I can get any relief is to lie down, but that’s not really practical when I’ve still got work to do, but I’ve been bravely battling on. If I can just put in another few hours, I have a huge bag of chocolate toffees to chomp on later. And I can definitely eat them lying  down, with my eyes closed…