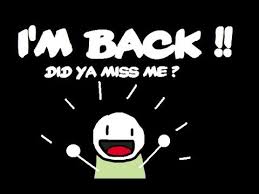 A flurry of texts, a bus journey cancelled due to an international rugby match, a friend’s car pressed into service over the Severn Bridge:

The Teenager arrived home from University for a gathering of sixth form friends on Saturday night.

And suddenly, there he was, towering in our little cottage doorway.

The Teenager had returned, albeit for a quick overnight stay. We hugged, or rather, I did, The Teenager a bit embarrassed. And tired. And hungry.

Much the same as when he was much younger, his first word was ‘food!’ He raided the fridge (‘Cheesy Strings!), the freezer (pizza!), the cupboards (bars and crisps!!), as intent as a locust. Finally sated, we chatted. A very fast, very convoluted catch up before he jumped up, ‘Shower! OMG, a dry towel! Shampoo! OMG, Loo roll!’

Many wet towels later, accompanied by blasting music from his phone, he popped back downstairs to get to know our cat again. And eat more pizza and protein bars. He told me that one of his best friends also has a mum with MS and I’m overwhelmed with happiness that they can support each other.

‘Mum, it’s weird, but it’s just weird, like very weird being back in my bedroom, very weird. You know?’

He wolfed down his pizza, slurped the rest of his drink and jumped up again. Before I knew it, he was dressed to impress and ready to leave.

The next morning, I woke up to a stack of bar wrappers, empty cans, wet towels and the fan in the bathroom still chugging away. The TV was frozen on ‘Match Of The Day’. I got on with paperwork, one eye on the clock for his return journey to Bristol.

At 3pm, I knocked his door.

‘Muuuuuum. Hiya! I’m fine, but leave me … it’s my double bed. It’s amaaaaazing.’ He made snow-angels underneath his American flag duvet, but I nagged him (how I’ve missed it!), and he showered, changed and was ready to go back to Uni.

I drove him in to town, dropped him at his bus stop and watched in my rear view mirror as he got on to the coach. He’s going to be ok.

10 thoughts on “The Teenager Returns …”