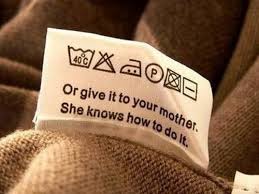 The tears, the angst, the arguments.

Day-glo highlighter pens were flung across the room, doors were slammed and the fridge was stripped bare on a daily basis, until even the rubbery carrots and three-day-opened tub of houmous was wolfed down.

Yup, The Teenager’s exam season is finally over and it couldn’t come soon enough.

I tried my best to be understanding and supportive. I made endless rounds of toast and was sympathetic when he regularly drained my printer of ink as yet another past paper trundled through and was stapled, completed and torn up before he stomped upstairs, scattering the pieces.

I gently engaged him in conversation only to be rebuffed with, ‘gah, you wouldn’t understand, you’re like, old yeah? and didn’t even have computers Back Then. Or the internet. Or mobiles. Or Facebook. Or Snapchat. I mean, really, what did you, like,  do all day?’

I regularly received text updates after his exams, ranging from ‘smashed it, ohhhhh yessss!!!!!!!!’ to ‘leavin school, not doin A levels’. Or, ‘Dominos? Pleeeeeeaaaaaasssssseeeee?’

He came home after a rather hard maths exam and told me he had decided to go into gainful employment after his exams rather than continuing his education. I reasonably told him I’d take him to Burger King on his results day to sign him up. Along with all the University graduates who can’t find a job. ‘But I love Burger King. I can tell them that in the interview?’

Anyway, there’s not much we can do until his results come through on 20th August. In a cruel twist of fate, that’s the day before his 16th birthday.

The Prom Suit Saga filled much of our time, mostly mine. Due to his stature, we sourced the Gentlemen’s Outfitters that kits out the Welsh rugby team. Only problem was, it was embedded deep in the valleys, so deep that even my sat-nav queried me at one point with, ‘turn around when possible, you numpty, you, there’s nothing here.’

On The Prom Evening, suited and booted, he rushed downstairs. ‘PROBLEM’, he yelled, ‘there’s stupid, idiot lines in my trousers, where’s the iron?’ He was frantic and with only five minutes to go before he was to be picked up for the prom, so was I.

He pointed and flapped at the beautifully pressed-in creases in his dinner suit trousers.

‘Yes, my little cherub. It’s a prom suit, a dinner suit, now let me get a photo of you’.

He left, his tie skew-whiff (‘s’right’), photo taken for posterity (‘muuuuuuuuuum, really?’) and I slumped on the sofa.

We got there. In the end.

4 thoughts on “Don’t Need No Edukashun”