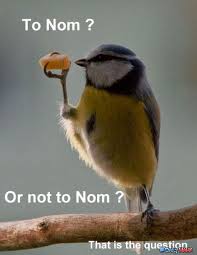 I took The Teenager out for a meal today to celebrate some recent exam success.

They don’t do GCSEs like they used to (in my day, we just had one huge exam in each subject; nowadays they seem to do them in dribs and drabs, tsk), so I imagine we’ll be having quite a few of these meals over the coming months.

Anyway, it could have been bread and water for him earlier this week after I got his report card from school. Two weeks late.

I was only made aware of this by default after speaking with another parent and when confronted, The Teenager fake-smacked his forehead and said, ‘oh yeah, knew I’d forgotten something, must be, like, all that studying filling up my brain, like, totally.’

To cut a long story short, when he’s good, he’s pretty impressive but when he can’t be bothered, he’s awful. A snippet from two of his subjects – ‘… it appears that he has deemed this subject entirely irrelevant to his educational needs’ and ‘his mock exam was disappointing because he answered the wrong question.’

Anyway, lunch. A warehouse-type all-you-can eat soulless place, with tables crammed so close to each other I was able to read the Twitter timeline of the diner next to me as he scrolled through his phone, ignoring his friend and stuffing his face with noodles.

I was starving. So was The Teenager, but that’s nothing new. So we grabbed our plates and checked out what was on offer. The usual suspects (vague impressions of Thai, Chinese and Indian food with some salad thrown in) and we piled our plates high. Lovely.

Unfortunately, being British I felt a bit awkward going up a second time, and a third. As I passed the gaggle of waitresses, I felt compelled to say something stupid like, ‘oh, haven’t eaten in days‘  (one glance at me would confirm this is simply untrue) or ‘thyroid, eh?’. Why? I cringed as the plates piled high on our table, but I was determined to get my money’s worth.

We eventually moved like locusts towards the desserts section. Mini cheesecake? Yes please. Mini chocolate roulade? Don’t mind if I do. The Teenager made impressive inroads into the ice-cream bar.

Finally, we staggered to the door and as we headed back to the car, The Teenager said, ‘Aw, thanks mum, what’s for dinner?