29 Comments
By stumbling in flats Symptoms and Treatment

The Venerable Order of the Uhthoff Vampires 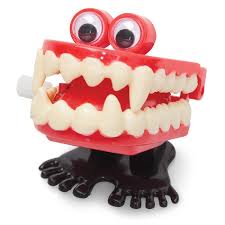 Uhthoff’s Phenomenon (try saying that without sounding like a muppet singing ‘Mahna Mahna’) is a serious problem for lots of us with MS, where heat can worsen our neurological symptoms.

I am therefore establishing ‘The Venerable Order of the Uhthoff Vampires’ and anyone who’s familiar with the following scenarios is cordially invited to claim free membership:

For the uninitiated, heat intolerance is like pouring hot oil over already-damaged brain circuits. MS means your nerves don’t fire messages properly, but with a bit of luck, they’ll eventually get through. Add a dose of heat on top of this and you get serious meltdown. My body collapses in on itself, my struggling brain shuts up shop and I go a peculiar shade of pillar-box red.

In the summer, my days are topsy-turvey. I get up around 5 am and stumble around doing as much as possible before the dreaded sun starts shining. Then I lurk at home, fan at full blast until early evening when I suddenly come alive again. Or not, if MS fatigue decides to join forces with Evil Uhthoff and create a lethal combination.

I spend hours peering through my windows watching carefree sun-worshippers stroll past, taunting me with their tans, their bright summer clothes and languid chatter. When people visit my tiny haven of a backyard, they admire the plants and hand-made pottery toadstools then remark, ‘shame you don’t get much sunlight here though.’ Um, exactly?’

So join me in the shadows. Don’t lurk alone. Vampires are bang on-trend. Just look at Edward Cullen and his Twilight buddies (I do, a lot, much to The Teenager’s eternal embarrassment).

29 thoughts on “The Venerable Order of the Uhthoff Vampires”