Things Ain’t What They Used To Be…. 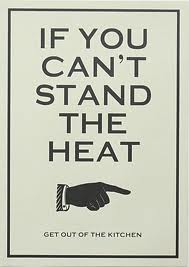 For the last two years I seem to have been lying low, coping with everything MS had to throw at me.

I didn’t realise just how much the parameters of my life had altered until I went to London on Monday.

I wasn’t particularly worried beforehand – I’d lived and studied there for a couple of years, I loved the buzz, the people, the sheer energy the city pulsed with. So I trotted off, took my seat on the train and prepared to reignite my passion for the city.

The first inkling things weren’t quite the same as before happened seconds after disembarking at Paddington. Where had all these people come from? Oi, why did you just barge in to me? Where did I put my ticket? Help.

I was swept along by an unforgiving tide of people to the tube station, buffeted from all sides, whimpering, with panic levels going through the roof. What was wrong with me? I used to do the exact same journey with a howling baby, pram and suitcase in tow.

My legs had turned to jelly, my face was bright red with stress and heat as I tried to quell the rising anxiety. I collapsed on to a seat in the tube train, a chattering bunch of Italians clutching maps and water bottles swaying into me every couple of seconds.

After my meeting (which was brilliant), I did the reverse journey in the same disheveled state. I needed to get home. By teleportation if possible. Or helicopter. Over lunch before getting back on the Cardiff train, I discussed this with my friend. ‘I don’t understand!’ I wailed, picking at my fish and chips in a ye olde English pub. Had I really changed that much? Out of my five-mile radius comfort zone, it appeared I had. Gone was my fearlessness and energy. I knew my energy levels weren’t the same as before, but had they really plummeted so low?

Finally, I made it home. I was a mess. Every nerve was trembling, I was exhausted and mentally shattered. It took me a whole day off work to recover, where I hid at home, coming to terms with what had happened. Reality smacking me right in the face.

I’m shocked. I knew things were bad, just not that bad.