14 Comments
By stumbling in flats Emotions 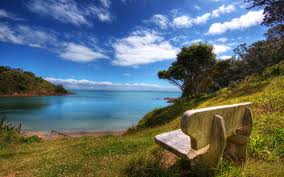 When I was growing up in Glasgow, my mum had a friend with two kids.

We spent countless sleepovers at their house over the years, the mums in the kitchen talking while we played outside or watched tv.

After moving to Wales when I was 14, contact was patchy. Life moved on and we all grew older as the years flew by.

I often wondered what they were doing, how their lives had turned out.

In August this year, one of them got back in touch, the one I went to nursery with. It felt amazing to have a renewed connection with Glasgow. He teased me about how my accent had changed and sometimes I barely understood what he was saying in his broad Glaswegian accent.

We had long phone conversations, reminiscing, catching up, having a laugh. He became my harshest blog critic and threw himself into researching MS and all that it meant. We planned to meet up when his work was less busy and he had recovered from a planned operation.

Quite suddenly, contact became sporadic and during our last phonecall he told me he’d be out of touch for a few months as he was going away to recuperate after surgery.

This morning, my mum told he she had received a letter from his family. He died in October.

Grief is selfish. I’m seething at the unfairness of it. I’m devastated someone could die so suddenly at the age of 40. I’m angry.

Life is short. I hope he’s looking down on me from wherever he is. If he is, he’ll no doubt still be encouraging me to get out there, make the most of my life. I hope I do.