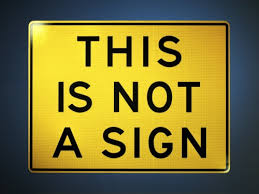 10 thoughts on “The Un-Signposted Road”