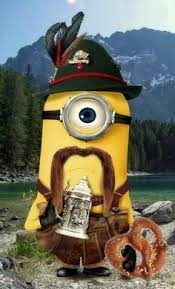 Well, we made it back to Blighty by the skin of our teeth, not realising we were on one of the last Euro Shuttles out of Calais before a strike shut the entire town.

Just as well, as the kitten was due to be retrieved from the cattery by 4pm and The Teenager needed picking up from his flight to London in the wee early hours of Thursday.

Anyway, the trip to Austria with my boss/friend exceeded all expectations and amazingly, my tattered remnants of German held up – I was able to confidently order beers, ask how much a sausage with curry sauce was and change money for the endless loo breaks (they charge in European motorway stop offs, but well worth it just to watch the loo seat swivel round after flushing).

I tagged along, feigning interest in the Austrian Grand Prix, whilst secretly swotting up beforehand – what’s a few fast cars between friends? The boss magnanimously declined to attend the qualifiers, so we drove through Slovenia to Croatia on the Saturday instead, ending up in Zagreb for coffee and a wander round the old town.

Back in Austria, I initiated him into the joys of Wiener Schnintzel, small pale beers, bread with ham and cheese for breakfast and watching the F1 highlights in German, with me translating.

In retrospect, I learned a lot from our six-day trip:

Back home, I had a pit-stop then schlepped to London to get The Teenager. He had travelled as an unaccompanied minor and as such, was mortified to be led through customs by a flight attendant. There was a moment’s hesitation when I was asked to sign for him (lol), but The Teenager and his passport were handed over.

A perfect week was rounded off by finding out that my book has been short-listed for The International Rubery Book Award 2015. Wunderbar x 10.