A Date With Fate 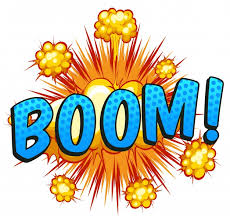 People often say, if you think too hard about the best time to have a child, you never will.

It’s the same with car crashes and disabilities.

If you’d asked my 23-year-old self if I had the time and resilience to be involved in a near-fatal car accident, necessitating six months off work, I’d have laughed. But it happened.

Forward 14 years and if you’d asked me on Friday 24th June 2011 whether – as a divorced mother of an 11 year old – I was ready for a serious, degenerative illness to suddenly pop up and change my life forever, I’d have laughed my head off. I had far too much to do, how could I possibly fit it in?

Yet it happened – I went to bed that evening as usual and woke up in a completely different body, one I barely recognised.

The surprise element in these three scenarios can be overwhelming for people like me, who think they knew where they’re going.

I often think back to that fateful evening and wonder if I truly appreciated my life, as it was, when I closed my book, fluffed up my pillow and turned out the light. I don’t think I did.

Sure, I had a plan, and it was a good one – possibilities were opening up as The Teenager entered high school and the tethers of childcare were loosening. I would also lose that extra weight, learn how to apply eyeliner and rustle up a mean Martini.

MS hit and I went under. For two years. It was almost as if I refused to believe that it had actually happened. I was grieving for what could have been and what should have been. It was all so … unfair.

It’s only now I realise that it wasn’t so much the MS that rocked my life (**** happens?), but my inability to recognise that life had changed and there was absolutely nothing I could do about it. A bit like the car crash.

Almost seven years on from that day, I am serene, calm and accepting.

But – I’m much more flexible in my approach to life, unlike my body, which is often rigid, wracked with weird vibrations and does the strangest things.

So many awful things have happened since MS but none now have the power to shock me quite as much. When life events drop down the shock-scale, it’s rather nice. When MS happens, what can be worse?

Oh, wait, I forgot about The Department of Work and Pensions …

6 thoughts on “A Date With Fate”