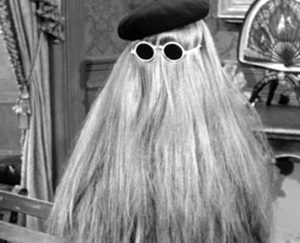 Readers, I have committed a cardinal sin.

I quote, from a DWP representative who visited me for an hour, with me being the last one on her list of six for that day:

‘she … raised both arms up to her head running her fingers through her hair.’

That is an actual ‘observation’ of what it is like to live with MS.

Funnily enough, all her comments create an image of a meeting I don’t actually recall taking part in. Apparently I was ‘dressed appropriately for the climate and was well-kempt.’

If you consider a worn and old t-shirt and jogging bottoms (minus a bra) to be well-kempt, I would seriously worry. Likewise my hair, greasy and lank, which I hide under a woolly hat most days.

My ‘memory is good’.

I ‘handled my ID well’ – which is strange as my mother did that for me.

Apparently I ‘visit family often’. My mother lives two streets away, my sister a few miles. I haven’t seen my sister in months and my mother visits me by taxi.

I could go on but I won’t bore you with the endless lies.

One last thing, I was ‘chatty and engaged’, with ‘full eye contact’. Which is strange as she (the Assessor) never looked directly at me once. She was so disengaged she might as well have spoken to my back wall.

I am entering the sixth month of DLA to PIP assessment.

And according to this person, I should go through this again every three years.

If I were to write about her in a DWP report, I would say: