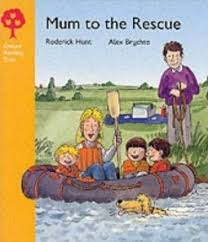 The Teenager has always been fiercely independent – give him a phone charger and he’ll travel anywhere, talk to anyone and generally find his own way back home.

He’s settled into University life as if born to it and has found his feet exceptionally quickly.

So I’m always a little thrown by random texts I get from him, at the oddest times.

Take Friday for example. I’d mentioned to him I’d be at an MS Council meeting 60 miles away and staying overnight. There’s a get-together in the hotel in the evening to meet other people affected by MS in the surrounding area and it’s great to see new faces.

I’d settled down on a squishy sofa and was having a brilliant discussion with two lovely people, and , well, whaddaya know – up pops a text at 7.30 – ‘Should I get bleach to clean my toilet?‘

Umm. Ok. I replied, he indeed should and use it a couple of times a week. I then rejoined the conversation and picked up the thread.

Another text pinged – ‘How do you do it?’

And that was that. Until the next time.

What the toilet bleach conversation showed me is that you just never, ever, ever stop being an always-available parent. Which is kind of lovely. It’s nice to help fill in the gaps he’s finding as he learns what it is to be an adult, bleach and all.

I like the fact he knows he’ll get a quick answer from me, even if it’s an ‘I don’t know’, as in one of his other texts recently, ‘Have you heard of the band Royal Blood?’ Nope. Or when he just wants to say something, such as, ‘I made chicken katsu curry. From scratch.’ Proud.

When it comes to priorities in my life, he will always come first, no matter what MS throws at me. He knows that even if I’m sprawled on the sofa, virtually unable to move for fatigue, I will make sure my phone is by my side.

Looking back, I can’t say he had it easy with MS. It hit just as he entered high school and we went through some pretty dark times, but we did it. First and foremost, MS was my battle, and I wanted to protect him from the worst of it, as is right. His childhood and growing up feeling secure and loved were top of the list.

So, I love his random texts, his song suggestions, his little remarks about how his latest essay is going. I’m involved in his life, but not overly so and that’s the way it should be.

P.S. Has anyone heard of Royal Blood?