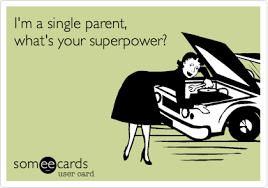 For me, the worst feeling in the world isn’t a relapse or falling face-down on the pavement.

It’s telling your child you have MS.

And not only that, telling him it’s just me, the one with MS, who will be guiding him through his teenager years.

A bit like saying, ‘yes dear, I have your rugby kit, but I’ve trampled on it and chucked it on the club-house roof. Go fetch.’

Looking back over the last six years, we muddled through; I made numerous mistakes, I mishandled situations (kids prefer the truth), and I spent a lot of time pretending to be well. But you do, don’t you?

It saddens me. If there had been more support in place, I could  have recuperated from treatment, gone through the weird and wonderful journey that is a 5-day course of steroids on my own and come out the other end, ready to be the parent I always wanted to be.

Up until MS happened, I was one of those annoying mums who scanned the free mags, looking for trips to bird sanctuaries, animal handling events, pumpkin carving evenings and all the rest of it. We made shields in Cardiff Castle, clay faces in pottery cafes, constructed buildings from cardboard, complete with messy painting and Lego figures.

Life was getting better. I had a University course in mind which would ultimately increase my earnings. I went for the interview, receiving positive feedback.  A month before MS. My child-emergency-friendly, low-paid job, which fitted in around his school hours turned into a nightmare of stealthy bullying, step by step. After almost ten years in a similar low-paid, child-friendly job, this was devastating.

And again, being the 100% parent only increased the amount The Teenager saw. There was no hiding the realities of the situation but I cried when he was in bed. I held it together until then and everything was normal. Ish. But, of course, it would never be normal again.

The upside? Of course there’s an upside. The Teenager has been exposed to human frailty at it’s worst, and got through it. Sure, this has not been the childhood I wished for him, and I will always regret that. Yet, he is thriving.

For him, I moved from inner-London chaos to lush, green North Cardiff. He had an enviable childhood in that respect – we live on a green field and he and his friends explored far and wide on their bikes when they were younger. Does it make up for being a wonky parent? Probably not.

As he heads of to University, I know he will find his niche. Have I done enough to prepare him. Perhaps not. Will that be half the fun?

2 thoughts on “One Child, Multiple Sclerosis …”