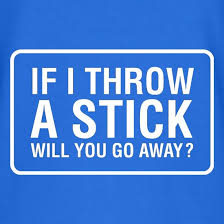 My three worst MS symptoms are fatigue, nerve pain and brain fog, in no particular order.

To a lot of people, this sounds fairly manageable; we all get tired, a bit fuzzy in the old brain and we all have aching legs and arms? Yes, but, I’m only telling you the three worst symptoms, and there’s plenty more.

Anyway, I like to think I’m quite savvy with my MS comings and goings, yet it never, ever fails to surprise me.

Long story short, the MS fatigue is back with a vengeance and it means serious business. On Sunday, I felt so tired, I actually wanted to throw up. I flung myself on the sofa and was dead to the world for two hours. On Monday, I called in sick to work and went back to bed. Twice.

I went to work today (I have to, bills), navigated the terrain really well and luckily we finished early. My lovely boss even walked up the road and payed a cheque in for me while I sat on the door step of the house we are working at, feeling quite useful as I watched out for parking wardens.

Back home, I got out of the works van, stood on the ground, then my left leg gave way and I just collapsed. Bit embarrassing, extremely painful, hope the neighbours didn’t see.

So I have a flare up and it’s a bad one. I haven’t been like this for months. Every part of me is saying, ‘breathe, take it easy, it’s fine’, but inside I’m fretting. I’ve already missed so much time off work and studying has been pared back to the absolute minimum.

Brain fog has ensured that for the last two weeks I’ve run out of stuff to watch on Netflix and Amazon and am looking forward to the next series of ‘Married at First Sight’. Anything is easier than picking up books.

I’m trying to look after myself though – the boss makes sure I get to shops for food, he’s understanding about the time off and he cheers me up no end when we’re sat in the van putting the world to rights, as builders do. He even bought me a burrito today and expressed surprise when I swooped in on his leftovers, ‘nom, nom, first cooked food I’ve had in days‘.

I know this will pass, it’s just that awful sinking feeling when you know you’ve got to ride out the latest setback. I’ve instigated Code Red, the Ten Minute Tomato Rule – try ten minutes of everything. So laundry is in machine. Cat is fed (she’s on a Whiskas strike and will only accept Sheba – it’s a battle of attrition). I vacuum for one minute every other day and take nine minutes out.

It will all be fine. In the end.