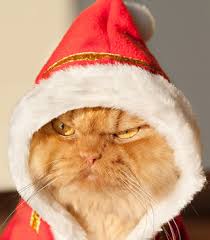 I quite liked music before MS came along.

Even during the diagnostic process, I spent countless evenings with the ‘Bridget Jones’ soundtrack up full blast – crying and snivelling into my wine and family-sized bag of Wotsits.

If a song mentioned the word ‘alone’, I played it.

It’s only four years after my diagnosis that I can admit to you guys that Barry Manilow and Gilbert O’Sullivan were on my playlist.

Now, I can’t bear music. I’ve switched permanently to Radio 4 and have grown to love it, although I turn off whenever ‘Desert Island Discs’ comes on, pesky programme. TV dramas are a nightmare as I have to turn the sound down if there’s an emotional scene set to music.

I don’t know why this is – I get that MS can play havoc with your emotions, but music?

So I have a bit of a problem. Working on a building site equals bacon butties, builder’s tea and … music. All. The. Time. There’s a bit of a battle with the radio depending on who’s in first. If it’s the baby-faced labourer, it’ll be Kiss FM. He especially loves ‘Kisstory’ – ‘the best old skool and anthems’, which is sad as the songs are from my youth and I am not that old. Honestly.

If it’s our more mature builder, it’s Smooth Radio, which is particularly painful; sad classic pop song after sad classic pop song. And what’s worse, the builder sings along to every single one of them, and if The Boss is in too, all I hear is, ‘classic song, mate, classic.’

Now it’s That Time Of Year, I live in dread of The Boss taking over the radio. I can never forget two years ago when he subjected me to seven weeks of Smooth Christmas. Christmas songs and only Christmas songs all day long. It was horrific. And traumatic. Incredibly, when I sidled up to the client and said, ‘hey, so sorry about this music, how about I change the channel? There’s a great play on Radio 4?’ she said, ‘oh, I love it! So Christmassy! Don’t change it over.’

Even at home there’s no escape – The Teenager has a deep and enduring love of music. I totally blame myself; I took heed of the so-called baby ‘experts’ and played all sorts of music when I was pregnant, from Chopin to Showoddywaddy, to help his tiny neurons along.

Mind you, sometimes it’s handy as I can gauge his emotions, depending on which music resounds around our tiny house. He’s struggling a little with a huge pile of homework right now, so, perhaps fittingly, his choice last night was ‘Yesterday’ by The Beatles.

If I did listen to music, I’d play ‘I Can’t Stand It’ by Velvet Underground.