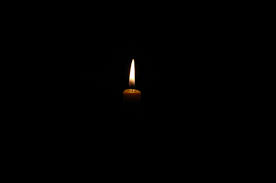 I was shaken awake at 1am this morning by The Teenager.

He had watched hours of rolling news of the atrocity in Manchester and couldn’t bear to be alone any longer.

We sat together downstairs, watching the tv, discussing what we were witnessing, both of us crying.

His father is from Manchester and it is a city he has frequently visited to catch up with his grandparents. He has friends there and they meet up to go to football matches, restaurants, shopping. He is due to travel there on Saturday to watch a concert at Old Trafford.

He was adamant his plans wouldn’t change and mentioned he has grown up with terrorism. It is a topic we have had to return to over and over, as I’m sure it is with other parents. We were still living in London when Hammersmith Bridge was bombed in 2000. The day the Towers fell, I left work early, picked him up from nursery and held him tight, watching the news in horror as the Manhattan I had lived in and loved seemed to disintegrate before my eyes.

When 7/7 happened, he began to have nightmares. He travelled through to London every month to see his father and had been doing so since he was four. He loved travelling on the Underground. Now he was six and it took months to work through his fears and he often woke screaming in the early hours.

Together we watched the events in Paris in 2015. There were more discussions. How were we to respond to this roll call of tragedy? We were helpless bystanders and could do nothing.

And now Manchester, an attack deliberately aimed at young people. People like The Teenager. I never like to write meaningless tweets or posts, but my heart is truly breaking for all the parents affected by this.