MS – A Life Of Opposites 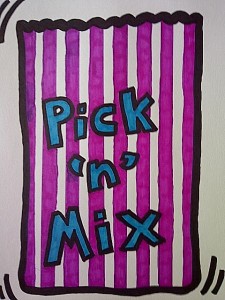 MS is a bizarre illness – there are hundreds of combinations of symptoms and no one person’s MS is the same as another’s. It’s like an MS pick-n-mix, except MS does the choosing. We just weigh and pay.

What’s most frustrating though is the sheer contradiction in symptoms. One day I’ll have all the windows open, the fan going at full blast, an arctic wind whipping round my feet. The next, I’m chilled to the bone, wrapped in my duvet clutching my hot water bottle.

Or there’s the foot-drop – the days when my feet decide to do an Irish jig and every pavement becomes a minefield, in sharp contrast to other days when my legs are rigid and I walk like a wound-up robot.

On top of that is my old nemesis, MS fatigue, the bane of my life. Striking at any time, it drives me to my sofa, everything else on hold until normal service resumes. So why do I also have periods of extreme insomnia? Nights when I sit downstairs listening to the shipping forecast and World Service into the wee small hours.

It’s not just the physical symptoms – my emotions swing from one extreme to the other too. On Sunday I was feeling on top of the world but on Monday I had one of my gloomy days. Nothing had happened to explain it. Perhaps it is the daily pressure of trying to maintain a normal life while coping with the whole MS thing, who knows?

I’m off to the Hay-on-Wye book festival with friends today, a trip I’ve been looking forward to for months. Apart from the haematoma on my leg which is still as painful as ever, I’m praying that the fatigue also takes a day trip, in the opposite direction. I’m hoping it won’t be a day when I just want to go back to bed, pull my duvet over me and shut out the world.

MS can be a very unsociable illness and not knowing from one day to the next just what it’ll throw at you makes life even more difficult to plan, but for today, I am going out whether MS likes it or not. So if you’re in Hay-on-Wye today and see a chubby-faced woman fast asleep on a deckchair, that’ll be me.