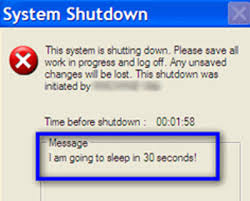 You just know, don’t you?

As soon as you wake in the morning, get up and fall smack into the nearest wall, you just know.

MS is not only content with corrupting your system, it’s staging a total takeover bid.

I had one of those days yesterday.

Usually, I can keep stuff under wraps, get on with life despite the inner physical and mental turmoil that MS brings. Not so on one of those days.

My vision was blurred, I was exhausted and I felt utterly, totally crushed. I could feel my brain shutting down to Basic Mode.

Inside, I was horrified. Worst case scenarios were filtering into what was left of my brain. My main aim was to get through the day and still appear relatively normal to The Teenager; so long as I could nod and smile in the appropriate places, hand out some money and put a wash on, I was covering all bases.

The Teenager had other ideas: he fancied a heart-to-heart about the football relegation zone, who was headlining the Reading Festival next year (gah) and the merits of various protein shakes. I nodded and smiled in the appropriate places. I think.

I fell asleep on the sofa at 10am and woke up three hours later to find a glass of squash with a post-it note from The Teenager attached, reading, ‘Good Morning! (smiley face)’.

Later on we had the Loose Jeans Drama. He was going out for a sixth form party. He got dressed (over several hours). Finally, he came flopping down the stairs, arms swinging loosely, an angry look on his face.

Pause. His hair? His shirt? Not enough Lynx? Too much? I had to be very, very tactful.

An hour-long drama cut short, he has lost a lot of weight at the gym. His jeans are loose. Very loose.

‘Well, it just shows off how much weight you’ve lost? Hmm? No?’

‘Ahhhhhh. You just don’t understand. Can I have a tenner?’

He left in a whirl of Facebook updates and texts, cursing his jeans. I collapsed. I have no idea how I survived the day. A day spent doing nothing except lying on the sofa, unable to concentrate, frightened and hoping that tomorrow would be different. It was an MS blip. We all have them?

I lay virtually unmoving until 9pm and crawled into bed. I slept for nine hours straight, woke up, didn’t trip into the wall and life looked a little, only a little, brighter. For now.

As for The Teenager, he had a great time at the party, even with loose jeans.