I’ve Gone Over To The Mac Side… 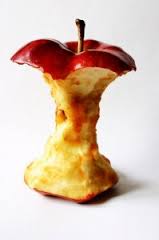 The idea of using an iphone used to fill me me with horror.

With my MS dodgy sausage fingers, the teeny-weeny keyboard would be next to useless, unless I wanted to send texts saying, ‘hmjjf keleow gdder’.

I had a Blackberry, ideal as the buttons are raised. Doing my research when it was time to upgrade, I stumbled into a phone shop. The salesperson was most unhelpful.

‘You want to stay with Blackberry? Hey guys, this lady wants a Blackberry!’ He explained in disparaging terms (not hiding his sniggers very well) that they didn’t even sell them any more, and would I want a phablet instead? Big buttons. Yeah, but a huge block of a thing I’d feel a right banana talking on.

Anyway, the boss solved the problem. He bought me an ipad mini for Christmas so I could be more productive in work (‘we can sink our stuff!’ Huh?). He gleefully told me I now had no option but to upgrade to an iphone.

Well, I was petrified. I took home the shiny new phone. The Teenager was impressed – ‘4G ready, like, mint.’ He stroked the phone reverently. He laughed at my pink stylus and warned me to buy a case pronto – ‘mum, dur, like you drop everything.’  Fair point.

A week later, I am smitten. I don’t do things by half, so I bought a book and slowly worked my way through it. Maybe I shouldn’t have face-timed the boss at 10pm last night though, just to test it out. I waved at him and admired his pyjamas.

I’ve downloaded a bunch of apps. I like most of them apart from the weight-loss one. I diligently add my weight every day and it informed me this morning that the date I would reach my desired weight would be 2023.

The keyboard is very patient with me, correcting all my typing mistakes and Siri answers all my questions. I told it the other day, ‘I love you’ and it replied ‘that’s nice. Can we get back to work now?’ I then asked it, ‘what’s better, a Blackberry or an iphone?’ The answer was, ‘Oh Stumbling, I’m all Apple, all the time.’ Me too…