The Chubster Goes To The Gym 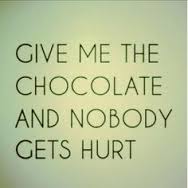 It’s January, and so far I’ve been to the gym three times.

Okay, so I drove to the gym but waited for The Teenager as he exercised for an hour. Luckily, his gym is on a retail park, so it would be rude not to look round the shops.

I’ve bought a pizza and some yoghurts from Marks and Spencer’s, shampoo and conditioner from Boots (which promised to give me luscious, luxurious and nourished hair – they lied, it’s still straw-like), a candle from the Laura Ashley sale and three Starbucks soya lattes (healthy).

Going to the gym is costing me a fortune.

I’m actually rather envious of The Teenager and his absolute dedication to getting fit. I have no idea where he gets it from. The other night I was settling down in front of the telly with a bag of crisps when he bounded downstairs, heading for a bowl of Special K and skimmed milk. He saw me, plucked the crisps from my hand and read out the calorie and fat content in a horrified voice, wagging his finger.

He’s helpfully suggested gentle exercises and talked me through the proper way to do bicep curls (surprisingly similar to the Malteser box-to-mouth action). And all this while I’m trying to cook or finally finish my essay.

He was chatting away the other day, pondering the price of tuna steaks when he asked me what my New Year resolutions were. Hmm. Good question. I hadn’t really thought about it as I normally give up by the second week in January.

Anyway, he pressed me to come up with five things I wanted to do in 2016, so here they are:

The Teenager was distinctly unimpressed …

10 thoughts on “The Chubster Goes To The Gym”