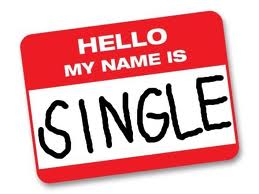 A couple of months after MS first appeared, I had a conversation with my partner, telling him I knew the months/years ahead would be hard and I would understand if he wanted to leave.

Perhaps I shouldn’t have been surprised.

A study from 2009 indicated that women with cancer or MS were more than six times as likely to become separated or divorced within an average of six months of being diagnosed as were men with similar health issues.

In fairness, our relationship at that time wasn’t as strong as it once was and this could have been the proverbial straw. Following his abrupt departure, I slumped on the sofa, too stunned to cry.

My entire life was falling apart and just making an effort to get through each day was made more difficult by MS dragging me backwards, numbing my limbs, forcing me to sleep and making every step fraught with anxiety. I wasn’t walking a lonely mile (or several), I was stumbling blindly along a malignant deviation of the path I thought I had once been on.

Looking at it positively with hindsight though, by becoming suddenly single I now ‘only’ had to worry about myself and The Teenager and how we would deal with MS. In all honesty, it was perhaps easier than patching up a rocky relationship that seemed to be springing lesions as quickly as my brain scans did.

Looking at it in the depths of despair, it was truly, gobsmackingly wretched. My self-worth was rapidly plummeting, I spent night after night inwardly howling at the unfairness of it all. Who would want me now? I mean, really? Divorced single mother, wrong side of 35, oh and by the way, I have MS. Form an orderly queue and sign up here if you’re interested.

Two years down the line, thanks to a Campath-induced remission, I am slowly getting back on track. It’s been a horrendously lonely time and I probably wouldn’t have started this blog had I had a partner at my side. It would have been lovely to have someone to offload to, to share the journey (awful word) with. On a practical level, it would have been brilliant to have another adult in the house when times were bad and I battled to maintain our normal routine.

I’m learning to live alone. It’s not easy. At times it’s achingly awful. But I know that when the right person comes along, I will be in a much stronger frame of mind. Form that queue, and don’t mind me while I cross my fingers…

16 thoughts on “Walking That Lonely Mile…”