Wot I Did On My Holidays… 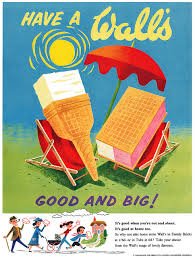 Every summer, I scribble down a long list of all the mind-expanding cultural and educational activities I will partake in.

Amongst others, I will endeavour to:

You get the idea. That list is now in the bin. The closest I got to anything cultural was to buy one of those jumbo-CD packs of classical music from the local charity shop to listen to in the car, realising too late that one disc would stick forever on Chopin’s piano concerto No. 2 in F minor, 2nd movement.

Instead, I worked a lot. Despite numerous pleas to the Teenager such as, ‘C’mon, come on a day trip with your old mum, we’ll have fun! We’ll pack a Thermos and buy a tin of pear drops’, he refused to budge, preferring instead to play football with his friends every day, even though he’s in a rugby team. Kids.

For my birthday, The Teenager bought me an iTunes card and slowly, very slowly, explained how to redeem it. He recommended several memory apps and another one that pings when it’s time to take your medicine. In return, I stopped his pocket money.

The highlight though, must be GCSE results day, which happened to fall on The Teenager’s birthday. I plied him with an All-You-Can-Eat-And-Then-Some-Breakfast buffet at the Toby Inn (only £3.99, but mushrooms -bizarrely – is there a shortage? – and drinks are extra).

Anyway, he refused to pick up his results, as he didn’t want to ruin his birthday. I drove past his school twelve times, pointing out all the happy kids clutching bits of paper, driving swiftly past the crying girls on their mobiles, but still, nope. He wouldn’t go. So I did what any good parent would do and collected them myself. Bit embarrassing. Had to show ID, sign a form, swear allegiance to the examining board and explain in less than 100 words why The Teenager wasn’t there himself.

I passed. And, brilliantly, so did The Teenager. Highest marks possible. I drove back home and opened the door to The Teenager pacing the room, biting what was left of his nails. I put on my best sad face, wiped a tear away and gave him The Look.

Stunned silence,then he ran towards me for a huge hug before launching into a whirlwind of social media. And that, in a nutshell, was my summer. Fleeting but, um, memorable. Next year, I’m taking a caravan in Tenby.

Tagged cultured, educated, holidays, subtitles, The Teenager, who am I kidding

4 thoughts on “Wot I Did On My Holidays…”