26 Comments
By stumbling in flats Symptoms and Treatment

Any Time, Any Place 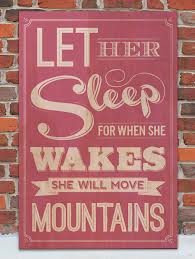 If they gave out medals for sleeping, I’d be top of the podium (after a quick nap).

I wake up tired, I go to bed tired. I yawn constantly. And not polite little yawns either. Massive, jaw-aching, cartoon-like yawns. ‘Am I boring you?’ is a phrase I hear an awful lot.

It’s exhausting (excuse the pun) being tired all the time. It’s a bit like MS in miniature – the feeling of being disconnected from society, in a little bubble all of my own.

Days are meticulously planned, pockets of time doled out like bargaining chips. Spontaneity is a thing of the past, or at least, I have to think about it very carefully. Which kind of defeats the object.

There is a famous spoon theory, to explain chronic tiredness to other people, about how you only have a set amount of energy in one day. I prefer to think of the Mallet Theory. Say you start the day with ten mallets. You have to give one up every time you feel you’ve been coshed over the head by MS fatigue. If you’ve got any left at the end of the day, it’s been a good one.

The thing about MS fatigue, like most other MS symptoms, is that it can be managed, not cured. I have loads of strategies – a handy duvet tucked behind the sofa, rushing around like a wild woman when I suddenly find myself with some precious energy, preparing food ready for later, a command table set up next to my sofa with everything to hand. In fact, it’s very similar to when The Teenager was a cute little baby. The midwife would chastise me, ‘now dear, mummy must sleep when baby does, mummy must be guided by baby, baby won’t mind if you haven’t managed to dust the house.’ Baby won’t mind if I shut the door on you, then.

I’d like to say I feel better with all this sleep. I don’t. It’s not a luxury, it’s a necessity. It barely brings me back up to my baseline energy levels, and even that’s way below par. But as with everything else that MS throws at me, I’ve adapted to it. It’s kind of normal now. Only problem is, I keep running out of mallets. …