I Stumble, Therefore I Am 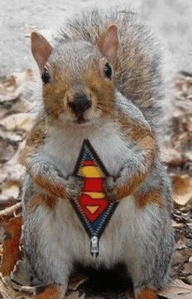 I caught the tail-end of a programme the other day in which a man with a prosthetic foot was being interviewed. He was asked if, should a miracle cure become available, would he take it?

He was vociferous in his rejection of this – he was perfectly happy and his ‘disability’ had made him who he was.

Powerful stuff. Mulling it over, I came to a surprising conclusion. MS has shaped and moulded me in completely unexpected and positive ways and given me courage where previously I had very little.

When I was younger I was in a terrible, near-fatal car crash. I vowed to change my life forever if I recovered, and I would never take anything for granted again.

A year later, the scars had almost healed, I could walk properly and I was back to normal. Did I carry that message and always remember how fragile life was? Did I heck. But with something like MS, there is no end point, no point at which you can forget, so we really do need to change our lives and keep changing them, whilst appreciating every small victory and achievement.

I used to hate MS, until I realised that by hating it, I was hating a fundamental part of myself and this was essentially self-loathing. MS is me and I am MS. It is not a separate entity. I went through a dark, lonely, terrifying grieving process and hit rock bottom not just once but repeatedly.

When a chink of light appeared, I was on the up again. I frequently joke that when you get diagnosed with MS, anything else is immaterial. You can cope with pretty much everything life has to throw at you. And I think that is true and a powerful lesson to learn at my age, rather than as a wistful pensioner looking back over a life less-lived.

MS has given me a kick up the backside. It has made me speak up for myself, it has made me more confident and less willing to accept shabby behaviour. My stumbling, my tingling, and dodgy hands are now part of me. I stumble, therefore I am…….

12 thoughts on “I Stumble, Therefore I Am”