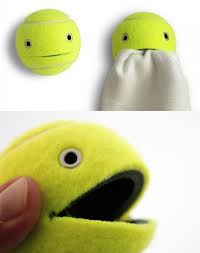 Following in the footsteps of that other oh-gosh-I-may-be-a-millionaire–but-I’m-just-like-you, Jamie Oliver, Kirstie Allsop did herself proud on last night’s television show, ‘Fill Your House For Free’ (sic).

Don’t get me wrong, I adore upcycling; been doing it as long as I can remember. In fact, the only thing I haven’t upcycled yet is The Teenager, but give it time.

So, last night, the first couple was your archetypal, ‘So, we bought this huge house, oh woe is us, sigh, but we have no sense of style and we’re too tight to get proper help, can Channel 4 come to the rescue?’

The woman pouted, stamped her foot and tossed her hair, declaring that anything second-hand was naff. The husband merely nodded. The second couple, about much the same. Bought the house, couldn’t afford furniture. Oops!

Bring on the experts in ‘free’ stuff. They showed us minions just how easy it was to find free goodies, as long as you’re prepared to work for it, i.e have oodles of leisure time (and I don’t mean signing on for the dole once a week). Yup, you’ve guessed it. Pretty much everything ‘featured’ in last night’s programme was way beyond your local charity shop schlep, just after you’d bagged the last of the windfall apples from next door.

When did you last pop into Oxfam to buy an aeroplane wing? Simply super for turning into a (rather horrible) desk? Or make a stepladder into a ghastly bookcase? And of course you have a whole workshop with state-of-the-art tools at your disposal  to turn said crap into rather less crap things?

In the end, this was just another example of that tedious wave of ‘austerity chic’ TV drivel, exhorting well-off peeps to weep/gnash teeth/rant at the camera. Although I did have to admire the second couple for bravely not crying when they saw their wall lamp fashioned from a spray-painted, rusted barbecue. And don’t get me started on the first couple’s twee/1950’s ambitions for a sewing room (her) and a man-cave (him). Why can’t she have a she-cave without having to sew?

If these guys really want to experience what it’s like to have no real furniture, look no further than the 1 in 5 of us who live below the poverty line. Furniture is the last thing on the list. So, yes, it may be fun to live like the poor people. Liberate a chair from the skip down the road. Congratulate yourself and pop open the Farrow & Ball chalk paint. Make a notice board out of all your champagne corks. Pinterest has a lot to answer for.

12 thoughts on “Let’s Pretend…To Be Poor”