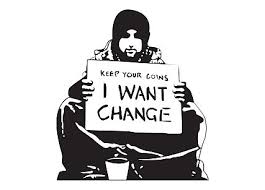 PIP has taken over six months of my life. And I will be reassessed every three years.

Because MS just gets better and better, dont’cha know?.

I first got the ‘invitation’ in October last year.

And now we are facing April, and I’m looking to compile a Mandatory Reconsideration.

The meeting the Assessor described is something I don’t recognise at all. Were we in the same place? Was she actually present? Or did she in fact have her head down the whole time, cutting and pasting paragraphs?

She was angry and upset and willingly told us we were her last on a list of six for that day. Oh, and she had been an A&E nurse, so knew all about MS.

Think for one moment how much detail you can achieve of someone’s life with MS in 55 minutes, excluding greetings, setting up a laptop, asking, leaving?

Yet apparently they can, they know you inside out, they know everything about your life with MS.

According to their own guidelines, a ‘snapshot’ of life should not be a guider in a DWP decision. And, in fact, neurological, incurable illnesses such as Parkinson’s and MS are decreed unnecessary for a face to face assessment.

But still it happens. I’m not the same person I was six years ago, but under new guidelines, I am better, recovered, cured.

Yet this less than, shall we say, 40 minute, assessment, could be the difference between independence and complete reliance upon the state.

I want to keep working. I want to stay engaged. But this takes the biscuit.

What do you hope to achieve by stripping us of our lifelines?