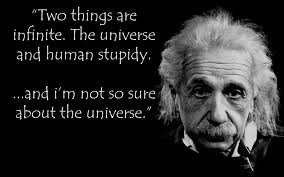 8 thoughts on “Stupid Is As Stupid Does …”