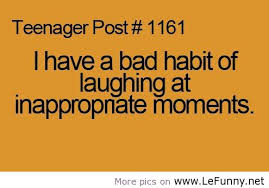 In the Summer of 2011 when MS brutally crashed into our lives on a beautiful, blue-skied, Summer’s weekend, my first thought was, ‘My son. What about my son?’

I was lying on a cold, hard bed in Accident & Emergency at my local hospital, unable to speak properly or walk in a straight line.

He was eleven years old and due back from visiting his dad in London, a round train journey of almost 300 miles. He expected me to be waving at the concourse, holding up a bag of goodies from Marks and Spencer’s.

Instead, I hastily organised a trusted friend to pick him up and take him to my mum’s house where he was fed cookies, milk and platitudes.

Since then, we have traversed the triple-whammy rocky roads of secondary school, the Teenage years and MS. It’s not been easy for either of us. Just when my son needed me as his rock, my foundations were shifting and I was floundering. Life as I knew it was crumbling around us and I was desperately trying to shore up the gaps to no avail.

The answer dawned slowly through the fog of grief and self-pity; rather than cementing the crumbling footings, we could both build anew from the ground up, and that is what we did. We had a lot of very, very honest discussions and also confrontations. We were both learning to live and grow in wholly new ways. It was simultaneously frightening and enlightening.

My son has learned to live with MS as a constant, just as I have, and this saddens me. However (and despite it all), he has matured into a caring and kind young adult and I burst with pride at his achievements.

Over the Summer this year he decided to train at the gym on a regular basis. Now he is in sixth form, he plays for the school’s rugby team and boasts a six-and-a-half-pack, standing tall at well over six foot. He has swapped his favourite Domino’s pizza – extra pepperoni, don’t hold back – for protein snacks, and exudes a glowing sense of confidence and self-determination.

Looking back over the last four years, I couldn’t ask for more.

If he could find a weekend job, my joy would be complete. But that’s another story.

8 thoughts on “The Teenager, Reinvented”