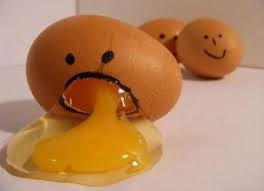 The Boss fell asleep at 8am in a Wetherspoons pub yesterday.

It was a bit embarrassing, especially as I’d ordered a large breakfast and now couldn’t feasibly pretend we were going to share it.

So, I tucked in. Then I woke him up and offered him a piece of toast. He groaned and went back to sleep, clutching his glass of lemonade.

Bless him, The Boss had food poisoning. All the way to work he’d explained in great detail every weird and wonderful symptom he was experiencing and I tried my best to be sympathetic, but drew the line at just how many bottles of bleach he’d had to use in the loo.

I shook him awake when I’d scooped up the last of the sausage. He appeared wan and dishevelled, not helped by him not having been to a hairdressers recently. I smoothed his hair down, sent a text to our job explaining my plight and helped him back in to the van. He got home and slept all day and most of the evening.

He was stunned that he could feel so weak, literally unable to work. Well, I was on safe territory here, having been found fast asleep on a pile of plasterboard not so very long ago, and woke to find the home-owner, two electricians and a building inspector staring at me with mild bemusement.

Perhaps he now understood that fatigue is dire, but weakness is worse. The ‘walking through treacle’ analogy has never been better served. I can sometimes cope with fatigue, in a minimally interesting way, but weakness absolutely destroys me. It’s at that point that I reach absolute Dead End. Nothing happens. I lie, prostrate on my sofa, wishing I had a Magic Elf (or a dashing new boyfriend) who would load the washing machine, cook a simple dinner and soothe my fevered brow.

No such luck. I lie there, desperately wishing I could get up and … move. I pass many evenings in this state. The Teenager has witnessed me sleeping, bolt upright, eyes wide open. But I’m not there.

Today, The Boss picked me up, hollow-eyed and exhausted. I pretended to vomit, for a laugh and suggested we have some fried chicken for lunch. I fell asleep in the van at one of our jobs and woke up on the motorway. Luckily The Boss was awake.

I sent him home after he dropped me off this afternoon. I’m shattered, with a low-ish-level relapse rumbling. My right hand refuses to work properly and my balance is shot. The norm. The Boss will get better.

As for me, I’m slowly dying in the face of the DWP.