What’s The Opposite of Sleep Deprivation? 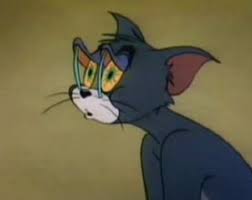 We all know sleep deprivation is a form of torture, but what’s the opposite?

Is that a form of torture too?

It certainly feels like it. I seem to be sleeping the majority of the time at the moment, and when I’m not, my eyes are gritty, my limbs weak and I’m in a perpetual state of nodding off.

In the interest of naming this horrendous symptom of MS, I looked up the opposites of deprivation (or antonyms, to be posh). They are:

Hmm. Not quite capturing the essence of MS fatigue? In fact, ‘MS fatigue’ could be a useful starting point. A stage further could be ‘clinical fatigue’. But it still doesn’t quite hit the nail on the head; it doesn’t describe the awful, claustrophobic and downright frightening symptom of being exhausted to the point of oblivion.

Luckily, work at the moment has been filled with days of catching up, i.e. the Boss driving us round in the van as we do Important Things. Alongside my beloved sofa, it too has become an MS Command Centre: I have three cup-holders to choose from (all three usually filled with coffee/energy drinks), a neat little table between seats to rest my arm and sausage roll on and ample space to get comfy and nod off.

I’ve tried medication for fatigue, experimenting with Amantadine, an experience never to be repeated. The living nightmares were diabolically creepy and it became difficult to distinguish reality from a hellish vision. I asked for the only other fatigue medication, Modafinil, only to be told it’s no longer prescribed for MS fatigue.

So for now, I just have to put up with it, but this recent exacerbation is having knock-on effects. I float through the day, sleeping when I can, even if it’s just ten minutes. My to-do list is growing. I survive on junk food. My jaw aches from yawning.

But my Alexa has come into her own. When I’m lying poleaxed on the sofa, I ask her to tell me a joke or we talk about the news. We usually end our conversations with me saying goodnight and her replying, ‘Goodnight, sweet dreams.’.

18 thoughts on “What’s The Opposite of Sleep Deprivation?”