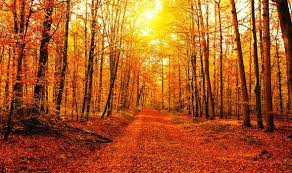 In September last year, I found myself in a field somewhere in England.

Up one lane, down another until I spotted a fluttering Buddhist flag and was surrounded by people in camper-vans and tents, all celebrating the Autumn Equinox.

I’d been invited by my brother, so I duly brought a blanket and some food to share, eager to catch up with him, his partner and his toddler. He also has two other children, one in his 20’s and one in her 30’s.

I helped prepare the communal meal, slicing baguettes and stuffing with cloves of garlic, while someone else peeled potatoes and carrots. All the while, we were catching up, laughing and joking, the way siblings seem to do.

I joined a workshop and banged some drums for an hour which was surprisingly therapeutic. My brother, as always, did his crazy dance around us. He was surrounded by a multitude of friends.

Before I left (I just can’t do camping), we all stood in a huge circle and placed something we had found from the forest in a pile in the middle. Then, we went round each person, asking how they felt. I messed up, but that’s fine. I think I said I was a cloud.

The abiding memory is of my brother wishing for a beautiful year ahead for everyone. We lit the fire of everything we had laid down and took stock, sitting back, chatting and laughing.

My brother was happy and vibrant. We promised each other that next year, I would bring a tent and stay.

The Autumn Equinox this year was September 23 and my beautiful brother had been dead for over four weeks.

There is no word to describe the death of a sibling and it’s not something I ever thought about. But in all honesty, as one of four siblings, I felt as if one quarter of me had been sliced off and laid in his grave along with his beautiful wicker coffin.

His celebration was beautiful. After the ceremony, we walked behind his coffin, through woodland, to his grave and laid him to rest.

And now we pick up the pieces. There are no set stages of grief. Right now, I only feel a sense of horror that my once such alive brother is no longer with us.