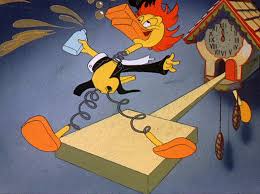 The Boss (aka Best Friend) has been a huge support throughout this whole DWP nightmare.

Every day over coffee, I bore him with the next instalment, picking over and analysing every tiny thing, such as, ‘the assessor smiled at the cat, surely that’s a good sign?’

So last week, when I was munching on a healthy carrot stick (I’m trying) during a break, he asked if I wanted to go to Switzerland. In light of what I know goes on in certain places there, I was momentarily concerned.

I ran through other possible scenarios in my mind – the mountains? The lakes? The clocks and chocolate?

None of these. Did I want to drive from Wales to Switzerland to visit … the Geneva International Motor Show?

Erm. Hmm. I like travelling. It would be amazing to get away. I don’t have to do anything, except sit there, which I’m really, really good at. He’d do all the driving, sort out the tickets, plan the route and all I’d have to do is be a back-seat driver and eat Gummi-Bears. I wouldn’t have to worry about anything for six whole days.

I’m going spare at home, fears and anxiety swirling around my mind. I wake in the wee small hours, wondering how to live on a negative income despite working, how to make four cans of baked beans last a week, whether the cat could adapt to a rice-based diet. I’m in a weird kind of limboland. Again.

The Boss could have said anything – car show, tool fair, fly fishing – and I’d have leapt at the chance, metaphorically speaking. The chance to get away from all this is too alluring to pass up. And now that The Teenager is safely ensconced and thriving at Uni, there’s nothing to hold me back.

However, if there is one positive thing to come out of this whole ghastly DLA/PIP reassessment process, it has made me realise just how home-bound I am and just how much I don’t do any more. From someone who used to hop on planes like they were going out of fashion, I’ve been reduced to watching the clouds pass by through my window, while I lie on the sofa scrolling through Netflix films.

I like the idea of seeing different clouds and breathing in different air. It feels like a stay of execution, but if it’s in Switzerland, maybe I can handle it at a distance.