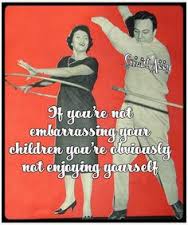 6 thoughts on “Letting Go Of The Reins …”