I Resolve To Be Totes Amazeballs 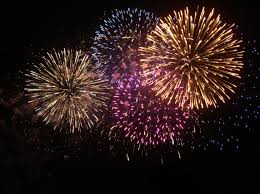 A very Happy New Year to everyone!

At the stroke of midnight on the 31st, I threw off the debris of a long year and became instantly regenerated. A bit like Doctor Who.

It’s exhilarating to wipe the slate clean and imagine how much better this year will be. This euphoria generally lasts until the 3rd or 4th of January when we realise we’re still the same old person. Sigh.

Anyway, this year I resolve to be totes amazeballs, at least until the end of the month. My resolutions are:

I got the chance to try out two of these when my oven died a slow death. With an Ocado delivery packed with oven-cook food on its way and The Teenager due back on Saturday, it was a mini crisis. But I remained calm and avoided the duvet temptation. To cut a very long story short (tears and foot stamping), it will be fixed today and I can now cook rice as the hob works fine.

Life is slowly getting back to normal after the bright lights of Christmas. School starts back on Monday, the washing machine will once more be pushed into full service and I will bear witness to every high and low of The Teenager’s football team. I know far more about the Premier League than I ought to.

So here’s to 2014 and all that it will fling at us. This will be the first year in a long while I am not a) waiting for an MS diagnosis b) being bullied at work c) being sacked for having MS d) coming to terms with an MS diagnosis. Totes fab…

10 thoughts on “I Resolve To Be Totes Amazeballs”