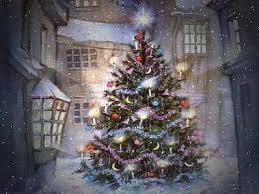 Me and The Teenager have our schedules worked out.

His consists of an ironic Christmas jumper, pints with the lads and a catch up with old school friends.

Mine is a stack of books to read, chatting to the cat and not moving far from the sofa.

The Teenager asked me once why we don’t have a Christmas, ‘like you see on the telly, you know, the long wooden table , thousands of people around it all smiling, with snow falling outside the window.’

I’m sure, somewhere, those kind of Christmases exist, but for most of us, we muddle through and make the best of things.

It’s the one day of the year we know exactly where we were and what we were doing in years/decades gone by, which can certainly add a bitter-sweet twist to the day.

On the plus side, we celebrate the achievements of our children (The Teenager survived a nasty attack, he’s studying hard and appears to have an astonishing amount of emotional intelligence) and on the downside we remember family members who were so vibrant last year and who are now struggling.

And of course, the family and friends who are no longer with us. It’s hard to juggle all the emotions and still stay, well, present.

It’s been a tough year for me, in so many ways; fights with the Department of Work and Pensions, fights with Student Finance Wales. Dredging up thousands of words about how my life is difficult now I have MS (surprise!).

I’m a tough cookie, until I’m not, and this year has pushed me to the absolute limit. I’ve won battles and lost others. I’ve struggled to explain just how awful things have been. I’ve wished that people could ask how they might help rather than judging, however well intentioned.

Mental health is much more in the open arena now and I’m thankful for that. However, sometimes I feel I have more support during a physical relapse than an emotional crisis.

This Christmas, I would like to think that we could reach out to our friends and family, ask if they need support, and give it. It often doesn’t take much – a kindly word, a quiet conversation, the feeling that you can be in someone’s corner.

My Christmas, this year, is tinged with sadness; I’ve had to give up two activities which kept me grounded and in touch with the wider world.

However, Me and The Teenager are both looking forward to a brighter 2019, and for good reason. Opportunities are opening up for us and hopefully, with some support, we can catch hold of them and turn them in to reality.